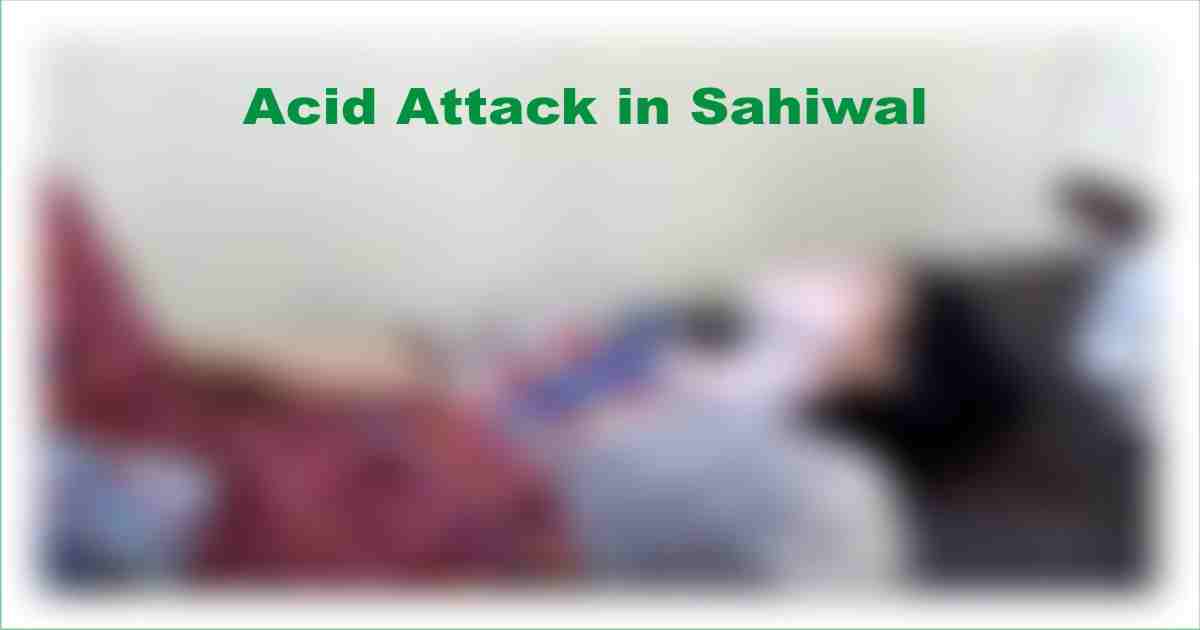 Sahiwal ( Sedhr Punjab Gov Pk – Arshad Farooq Butt ) Another incident of acid attack has come to light in Sahiwal city where an unidentified motorcyclist threw acid on a school girl.

According to the details, 12 year old school girl Rukhsana was on her way to school from her village Akbar Shah with her maternal uncle Amanat Ali near village Kodey Shah Zeren when an unidentified motorcyclist came on the way and threw acid on both of them and fled.

Both the acid injured victims were shifted to the Teaching Hospital Sahiwal. Police Noor Shah reached the spot and started investigation.

Police say the incident appears to be a personal feud. Raids are being carried out to arrest the unidentified motorcyclist.