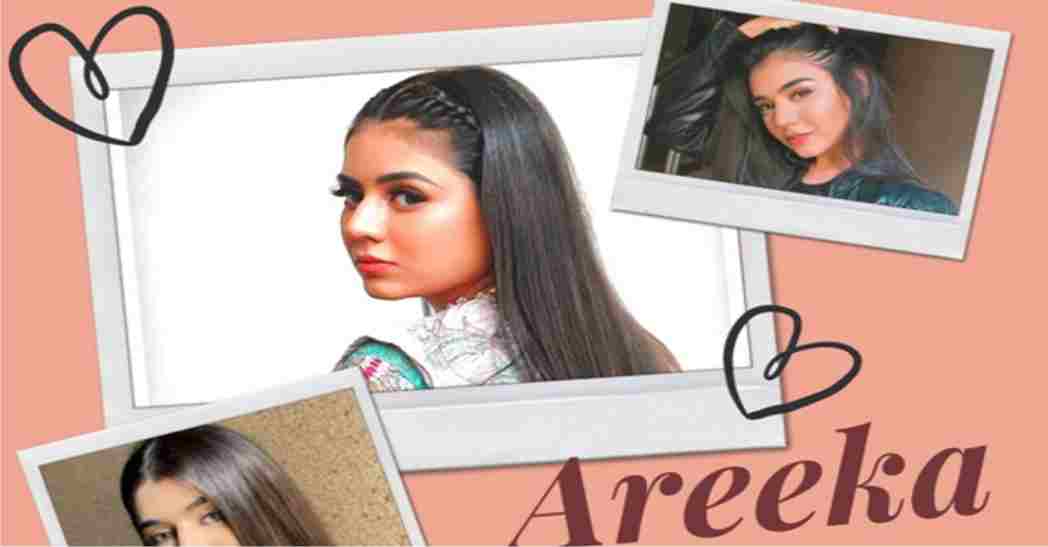 She is 5 feet 3 inches tall and weighs 55 kg. Her eyes are dark. She successfully finished her matriculation. She is also continuing her studies while working in social media.She hasn’t published much information about her family on social media.

Areeka Haq joined TikTok in 2018 and began posting videos on a regular basis in August of that year. People began following her in a short period as a result of her attractiveness and delightful performance, and she now has over a million followers.

She shares one video with her followers every day. Now, with her official TikTok account, she’s generating a lot of money by marketing products. And, at such a young age, it’s not unreasonable to believe that she may gain millions of rupees from this month’s TikTok account.

Areeka Haq has also appeared in a music video along with Asim Azhar, a well-known Pakistani actor and singer. People chastised her for a month after the video went viral on social media. However, Asim and Areeka reacted to the criticism of others with tremendous love and compassion. Areeka revealed that she earns more than Rs 2 lakh every month.