DCalso visited the zoo built in Canan Park and expressed regret over the poor care of the animals. 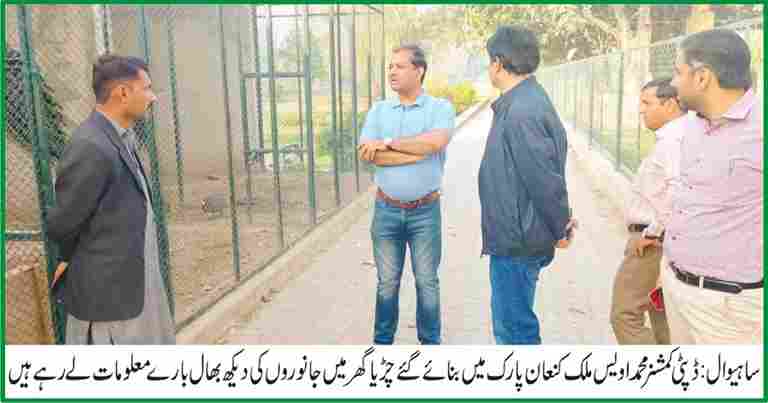 Sahiwal ( The Breaking Times – Arshad Farooq Butt ) Deputy Commissioner Sahiwal Muhammad Awais Malik has said that the administration is striving to provide the best recreational facilities to the people and all the parks of the city are being improved in stages.

Citizens should cooperate with the administration in this important task and fulfill their social duty by keeping the parks clean . He said this during a visit to Canan Park and Majeed Amjad Park in which he spoke about the cleanliness situation of both the parks and take a look at the availability of recreational facilities .

Deputy Commissioner Muhammad Awais Malik also visited the zoo built in Canan Park and expressed regret over the poor care of the animals kept there and ordered to form a team to take care of the food and health of these animals.

He also directed to form a citizen committee headed by PTI leader Malik Sajjad Awan to ensure the attendance of the employees working in the park.

Later, Deputy Commissioner Muhammad Awais Malik visited Majeed Amjad Park and directed the Municipal Corporation to start complete cleaning of the entire park area so that it could be opened to the public.