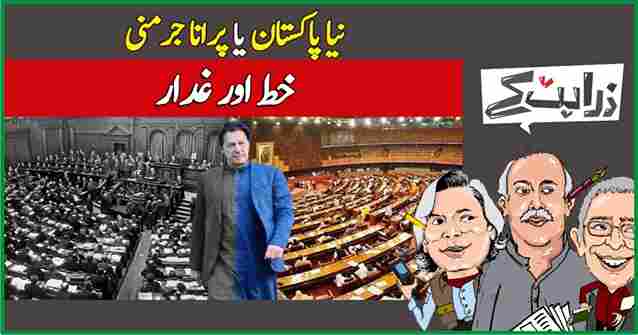 Social Media in Pakistan has become a battlefield among political parties’ workers as Supreme Court of Pakistan is delaying the matter about speaker ruling.

Anger is growing in Pakistan and Leaders of political parties and journalists are demanding the conclusion soon. But SC seems failed to reach any conclusion.

Mubashir Zaidi calls this constitutional crisis in Pakistan an interesting comparison between Imran Khan regime and Hitler regime in Germany. Saba Haider a user on micro blogging website twitter writes that Today is 4th-day without constitution.

If it takes 30 seconds to pull off a coup, it should take 30 secs to undo a coup. Justice delayed is Justice denied. After last weeks constitutional break down in Islamabad. Today Punjab dep speaker was locked out of assembly on day of voting for CM. Barbered wire around ppls house.

“None of Imran khans desperate measures can save him now. His government is gone. Selected raj is over. The people are watching, history will record, how he was brought in un-democratically and on his way out he set the constitution on fire.”

The anger can be seen everywhere in Pakistan and journalists are quarrelling ex PTI ministers. Journalist Matiullah Jan and Fawad Chaudhry exchanged harsh words during the press conference of Asad Umar and Fawad Chaudhry in Islamabad.

Hamid mir tweeted on this incident:

Fawad Chaudhry under-estimated journalists community. Qasim Suri was not present there to help him. He forgot that he was no more information minister. Matiullah Jan only asked him a question about Farah Khan but he never wanted to respond and declared him rented journalist.

There are also polls on social media asking whether the Supreme Court will be able to do justice. The Chief Justice of the Supreme Court himself has apologized today for the delay in the decision. It remains to be seen when Pakistan’s constitutional crisis will end.

During this crisis here are today’s top twitter trends: