The meeting participants expressed satisfaction over the ongoing construction work of Ravi Campus. 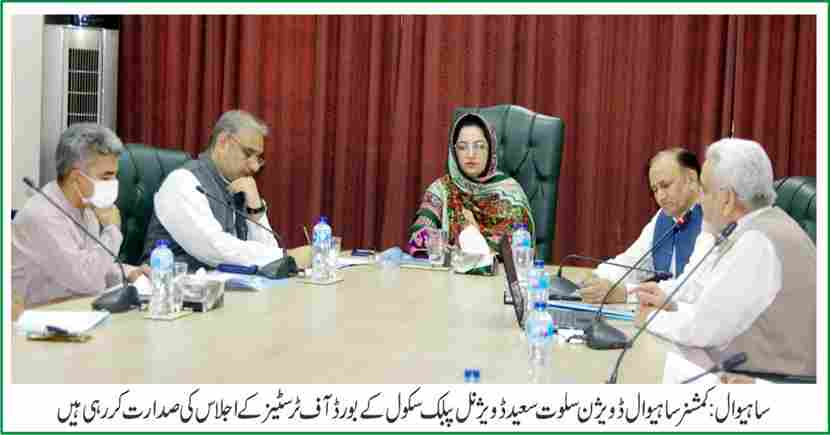 Commissioner Sahiwal Division Silwat Saeed chairs the meeting of the Board of Trustees of the Divisional Public School and College Sahiwal.

The meeting participants expressed satisfaction over the ongoing construction work of Ravi Campus and decided to start classes from the academic year 2023.

Permission was also given to start projects worth Rs. 3 crore for the school’s four walls and other miscellaneous works including parking.

Project Director Habib Jilani Venus informed the meeting that the construction work of the boys section of Ravi Campus is going on as per schedule and it will be completed by September.

Miscellaneous works such as school parking and fencing will then be completed by February to allow classes to start from the new academic year.

The meeting also considered the registration of the school for social security and the board agreed to seek more expert opinion on it.