She directed that strict security arrangements be made at sensitive polling stations. 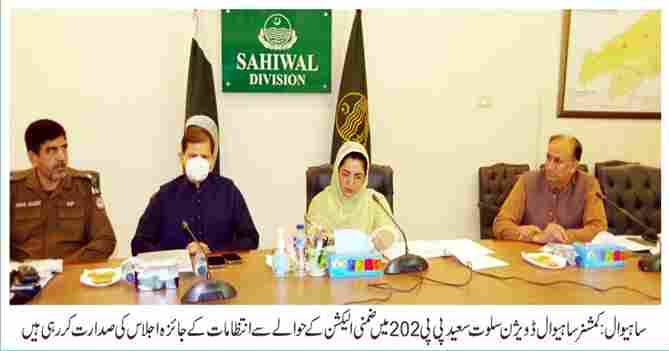 Commissioner Sahiwal Division Silwat Saeed has directed to make all arrangements regarding by-elections in PP-202 Chichawatni.

According to details, a review meeting was held under the chairmanship of Commissioner Sahiwal Division Silwat Saeed regarding the by-election arrangements in constituency PP-202 Sahiwal.

Commissioner Sahiwal Division Silwat Saeed said that all arrangements should be made for peaceful conduct of by elections.

She directed that strict security arrangements be made at sensitive polling stations and control rooms be set up and CCTV cameras be installed.

She further said that special arrangements should be made for cleaning of rooms and wash rooms at all polling stations so that the deployed staff would not face any problem. She also directed to provide cold drinking water and shade for the voters.