Sahiwal Chamber of Commerce & Industry organizes the even. 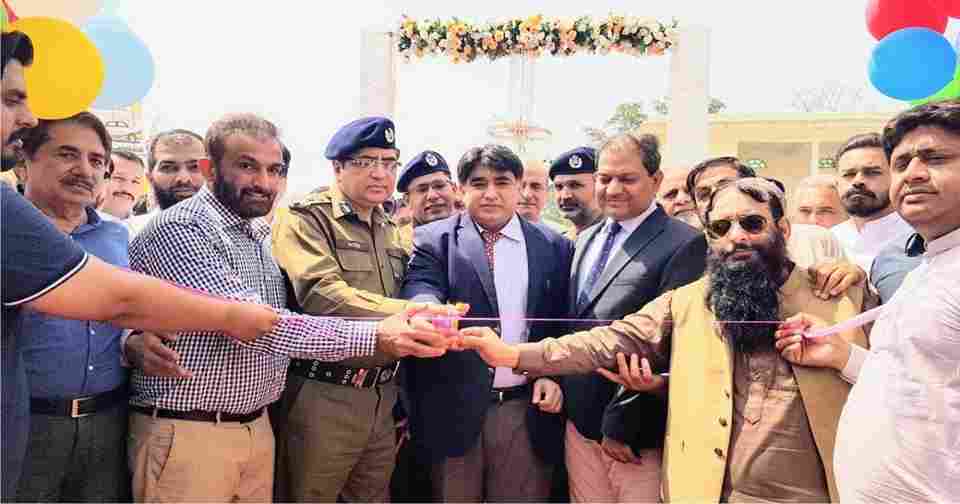 Commissioner Sahiwal Division Ali Bahadur Qazi has said that industrialists and traders have a key role to play in the development of the country.

The industrial establishments should also set up large scale industries in Sahiwal division where raw materials and trained manpower are available so that the youth can get employment and also develop the area.

He said this while inaugurating a three-day industrial exhibition under Sahiwal Chamber of Commerce at Zafar Ali Stadium in which local industrialists have set up more than 100 stalls.

Commissioner Ali Bahadur Qazi took keen interest in display items on stalls and appreciated their quality. He said that the holding of industrial exhibition would not only introduce Sahiwal’s industrial production in the whole country but would also arouse the interest of large industrial enterprises to set up industry here.

He said that Sahiwal is known all over Pakistan for its dairy products and agricultural production and there is a bright prospect for setting up of agro industry here. On the occasion, Sahiwal Chamber of Commerce President Sheikh Basharat Nadeem termed the industrial exhibition as important for the local industry and said that it would not only encourage the industrialists and traders but also give them an opportunity to brand their products.

He expressed satisfaction over the interest shown by the citizens in the exhibition and hoped that the exhibition would accelerate the process of industrial development in Sahiwal division.