Gharidah Farooqi began her career in journalism after graduating from university. 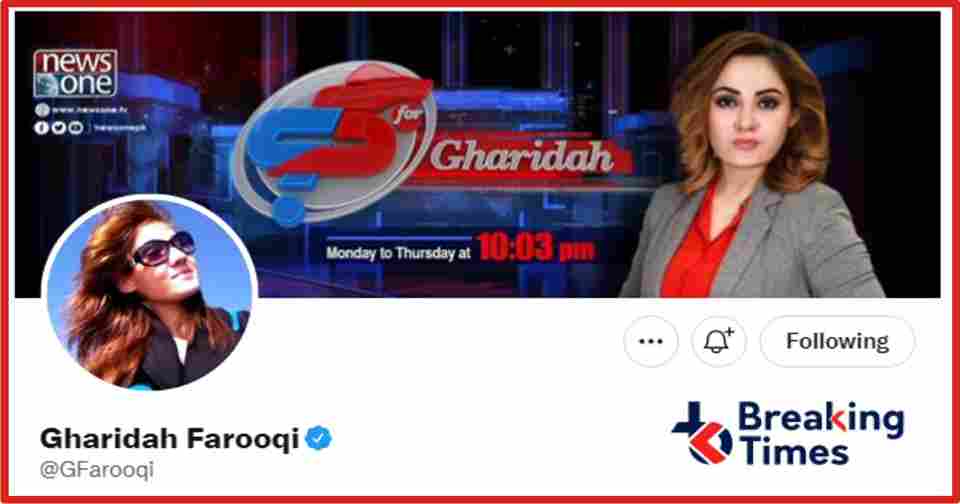 Gharidah Farooqi is a Pakistani anchor woman and television broadcaster. She is one of the most well-known and impressive person today.

She was born in Saudi Arabia on April 1, 1978. She holds Pakistani nationality. After her birth, her family migrated to Pakistan and stayed there. She earned her master’s degree in mass communication and was consistently excellent in her academics.

She had wanted to be a reporter since she was a youngster. Her long-awaited marriage to Punjab’s ex-Chief Minister Shahbaz Sharif was widely published.

Gharidah Farooqi began her career in journalism after graduating from university. She has worked for PTV Home, ATV Pakistan, Dunya TV, Geo News, Samaa TV, and other reputable stations. Since 2015, she has hosted the current affairs television show G for Gharidah. She is one of the bravest and most talented journalists. She also works as a columnist.

Her outstanding introduction skills and recognizable voice have earned her a lot of praise on YouTube. In September 2015, she appeared on her television show “G for Gharidah” and spoke with Rana Sanaullah Khan. On YouTube, a large number of people praised her for her amazing presentation skills and understandable voice.

She quit Samaa TV because she was not being compensated properly, as she is now with Express-News. She rose to prominence after joining Geo News, where she worked as an anchor person.

On July 25, 2017, Lahore police rescued a 15-year-old housemaid from the home of Gharidah Farooqi, where she had been held in unlawful detention and beaten. On August 23, 2017, she reached an agreement with the servant’s mother.

She possesses all of the skills and solid judgement necessary to facilitate a political debate. Pakistanis have continuously appreciated her for covering everything from small town news to PMO announcements.