Hamid Mir has returned to Geo News after being suspended 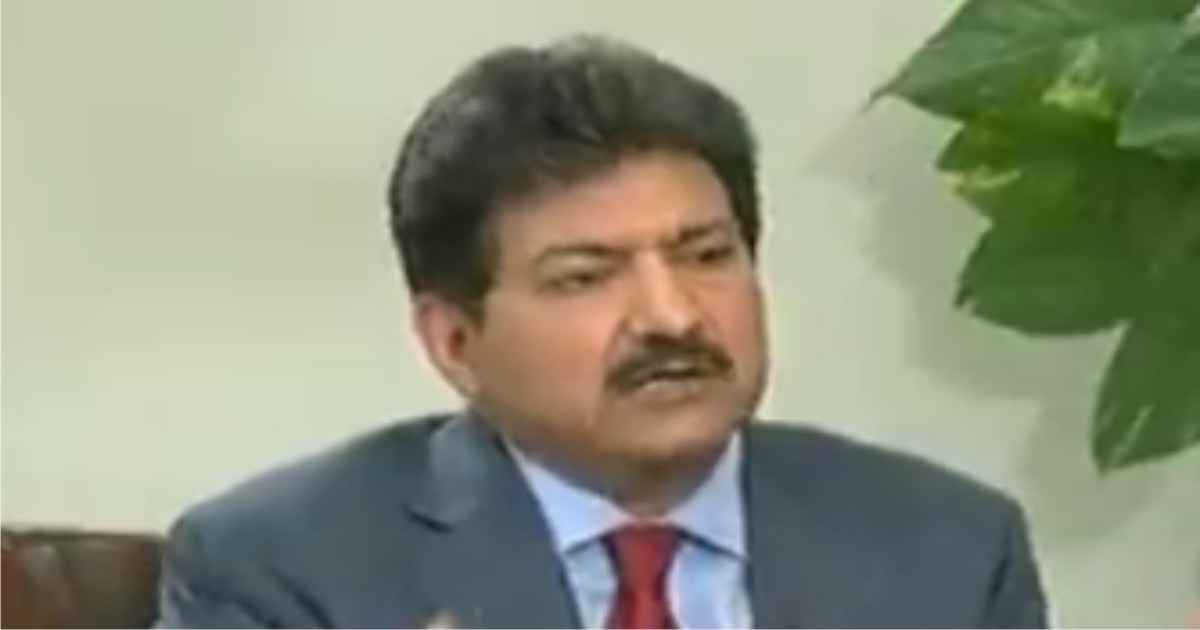 Hamid Mir is a journalist, columnist, and author from Pakistan. On July 23, 1966, in Sialkot, Punjab, he first opened his eyes.

He completed his secondary schooling at Government Central Model School and University Laboratory School. Punjab University awarded him a Master’s degree in Mass Communication in 1989.

Waris Mir was his father’s name, and he was a Pakistani professor, writer, thinker, and journalist. He is the father of two children. Due to security concerns, Mir’s wife and children reside largely outside of the country.

He started as a sub-editor, feature writer, and reporter for the Daily Jang in 1987. In 1990, he was abducted, tortured, and imprisoned in a home. He disclosed the Agosta Submarine Scandal in 1994. This incident involved some of Zardari’s closest associates, as well as a few Navy commanders. His work at Daily Jang was terminated after his article was published.

He became the editor of the “Daily Pakistan,” an Islamabad-based daily newspaper, in 1996. He was fired from his position in 1997 after penning an article about PM Nawaz Shareef’s corruption in the publication “Daily Pakistan.” As a founding editor, he founded an Urdu daily in Islamabad on December 25, 1997.

After the 9/11 attacks, he was the first Pakistani anchor to interview Usama Bin Ladin. He interviewed Laden for the third time for the English publication Dawn on November 8, 2001, in a secret location in Kabul.He went to Eastern Afghanistan to look into Ladin’s escape from the Tora Bora mountains in December 2001. He went to Laden’s caverns during the US bombing.

During the 2006 Lebanon conflict, Hezbollah kidnapped him in Beirut when he was covering Israeli aircraft bombings in Beirut. On March 16, 2007, police attacked him at his office in Islamabad when he was reporting the black-coated demonstrations against Supreme Court Chief Justice Iftikhar Chaudhry’s suspension.

In May 2010, the communication between Usman Punjabi and Mir was revealed. Usman and Mir were talking about how Taliban-linked kidnappers should question captured squadron leader Khalid Khawaja further. Khawaja was kidnapped and slain by his captors in April 2010, while Usman Punjabi was murdered by the Taliban later that year.

He was threatened with murder in December 2011 after hosting a television broadcast about the ISI’s involvement and influence in Pakistani politics. On August 10th, 2018, he resigned from GEO TV and became the president of GNN News.

Hamid Mir has returned to Geo News after being suspended for giving a speech denouncing the attack on journalist Asad Toor nine months ago. He took over as host of Capital Talk, which had been hosted by Munib Farooq while he was away.