Here is Everything About Tyreek Hill’s Girlfriend, Keeta Vaccaro 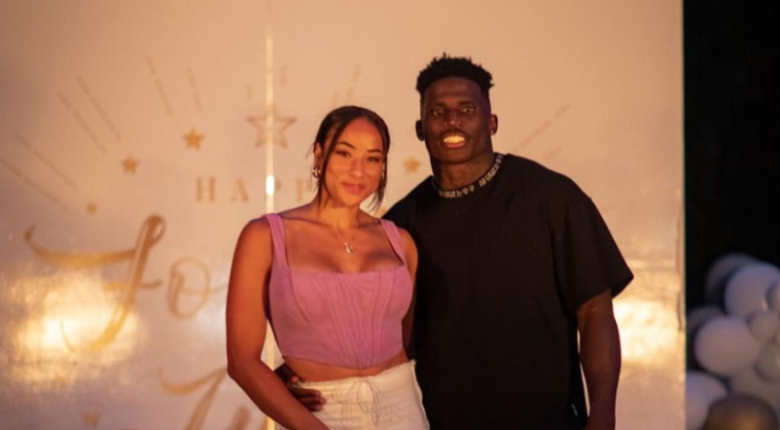 An American player Tyreek Hill proposed to his girlfriend, Keeta Vaccaro. They surprised the fans with a sudden photo shoot and asked her, “Will You Marry Me.”  people Want to know about Tyreek Hill’s girlfriend.

The backdrop reflected the question of Tyreek with fireworks to set the happy mood. His girlfriend, Keeta, announced this news of TikTok on 5th July with the caption, “My baby! @tyreekhill #soulmate I love you forever.” After that, they shared it on other social media platforms. People knew about Tyreek Hill but were less familiar with Tyreek Hill’s girlfriend, Keeta Vaccaro.

Who Is keeta Vaccaro?

Vaccaro was born on 14th February 1996. Alesia Johnson Vacarro and Ken Vaccaro are her parents. Her mother is from Texas, Italy.

Keeta’s father died of emphysema, and her mother supported her family. Alesia worked many jobs to feed the family. Keeta was raised along with her three siblings; Ashley Vaccaro, Kenny Vaccaro, and Kevin Vaccaro.

Moreover, her brother is a football player and played for the Texas Longhorns from 2012 to 2016.

In Keeta’s family, A.J. Johnson played as a cornerback for Washington Redskins and won a super bowl championship in 1992.

Keeta went to Brownwood High School and her major subject was Physical therapy. After that, Keeta studied at the University of Miami in Florida. She graduated from the University of Texas in 2019 in Entrepreneurship and Marketing.

Keeta is the co-founder of ‘1996 The label.” She launched a brand named Misurare by Vaccaro in 2017. The meaning of the brand is “Measure up.” Moreover, Keeta is trying to establish her social media influencer.

Tyreek Hill and Keeta have been dating for the last few years. But they did not clear anything for a long time. Well, they made their relationship official in December 2020. Hill also posted the picture with her and said, “so proud of this queen, can’t wait to continue new adventures with ya.”

She also did an internship at the Miami Swim week in 2018. The entrepreneur has also been part of the American Physical Therapy Association since 2017