We Will Not Give NRO to Imran Khan, Opposition Leaders Declaration

The statement said that Imran Khan Niazi was unconstitutionally holding the post of Prime Minister. 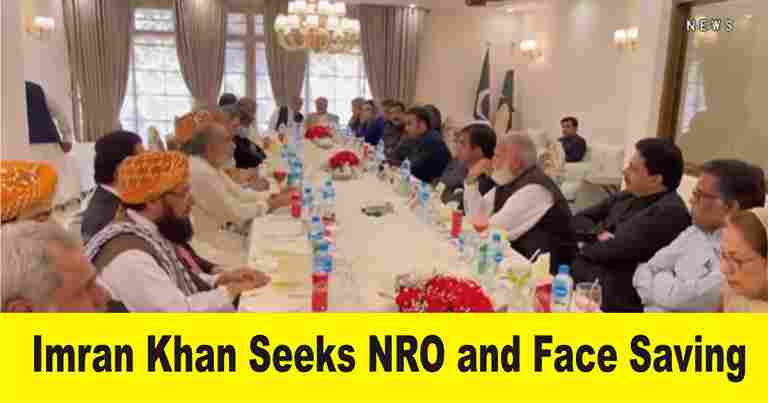 United opposition Leaders held a meeting in Islamabad in which the opposition leaders decided that they would not give NRO to Imran Khan Niazi.

The meeting expressed satisfaction over the required number of members for the success of the no-confidence motion. It was decided in the meeting that the opposition would not give NRO to Imran Khan. News from the media could not change the decision.

The statement said that Imran Khan Niazi was unconstitutionally holding the post of Prime Minister. He was trying to bring the country into conflict and chaos.

Special Assistant Shahbaz Gill has also responded to the news of Prime Minister Imran Khan seeking safe passage and NRO. He vehemently denied that Imran Khan had offered to resign or ask for a way out. “Why would Imran Khan ask for safe passage from these thieves?” He asked.