Imran Khan has asked PTI members to protest and delay the No Trust Process. 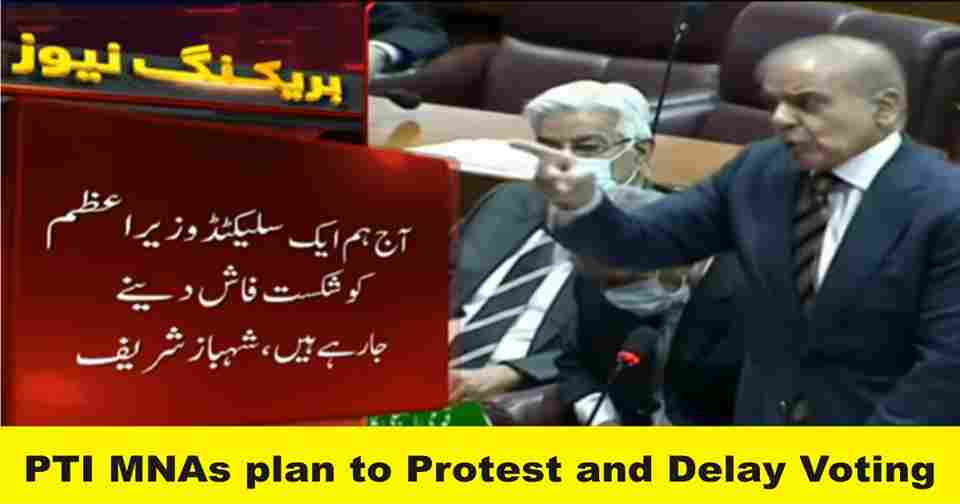 Speaker National Assembly of Pakistan Asad Qaiser is using delaying tactics in voting for no confidence motion against Imran Khan.

According to the detials, following the orders of the Supreme Court, the National Assembly session was adjourned till 12:30 pm for voting on the no-confidence motion against the Prime Minister. The session has just restarted.

The United Opposition has met the Speaker in the Speaker’s Chamber. Meanwhile, government MNAs have started preparing for the protest in the Parliament. Sorces say that voting on the no-confidence motion will take place till 8 pm. This has also been confirmed by the united opposition.

Former Prime Minister and PPP leader Raja Pervez Ashraf said that the orders of the Supreme Court were very clear and there was no ambiguity.

We are all bound to vote. Right now there are small excuses for delays. Today is the day for the government. But the government is saying that voting will be held at 8 pm.

In this regard, Rana Sanaullah of PMLN said that a meeting has been held with the Speaker. He just wants to make a statement on the alleged threatening letter. But he did not give a clear answer on how long the voting will last.

According to Assembly sources, the meeting will resume after the prayer. Meanwhile, the speech of Foreign Minister Shah Mehmood Qureshi will be completed. After which matters will move forward. At the request of the opposition, the speaker assured them of a timely vote.