Along with the Spring Festival, the tree planting campaign will be continued. 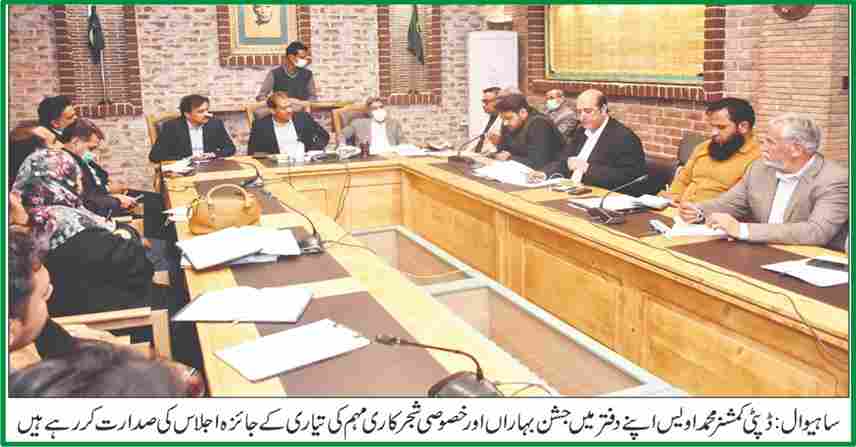 Sahiwal ( The Breaking Times – Arshad Farooq Butt ) The district administration of Sahiwal has decided to celebrate Jashan e Baharan in March to provide healthy entertainment to the people in which various entertainment programs will be organized as in the past.

Along with the Spring Festival, the tree planting campaign under the Plant for Pakistan program will also continue with the participation of government agencies as well as private companies and the public.

A special meeting was held at Montgomery Hall to review the arrangements for the Spring Festival, which was chaired by Deputy Commissioner Muhammad Owais Malik.

Officers of all the concerned departments attended the meeting and briefed about the programs of their respective departments. Deputy Commissioner Muhammad Owais Malik said that programs like concert music, tableau, food street, dog show, qawwali and flower show would be included in the Spring Festival which would provide healthy entertainment to the people.