HR professional from Trichur in Kerala Leena jelal will share the money with 14 Friends. 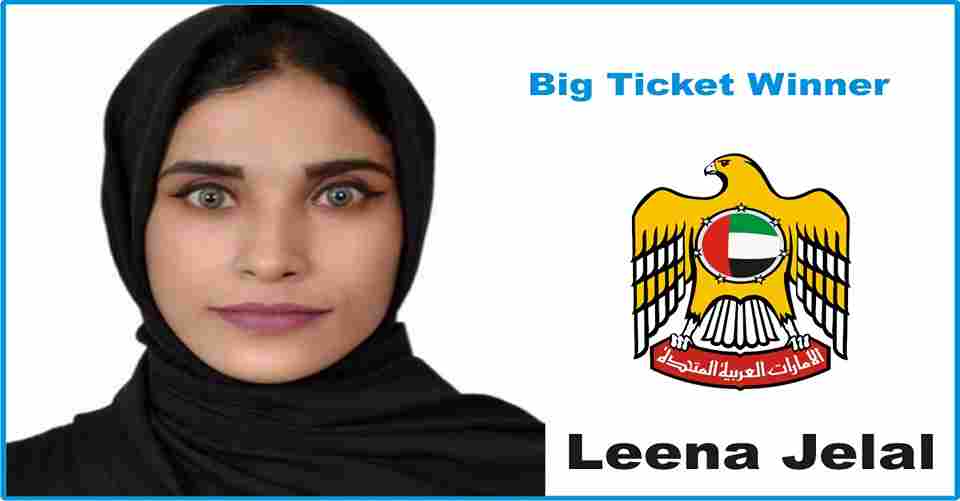 According to the details, Leena Jelal, an Indian woman living in the United Arab Emirates, has won the lottery worth 22 million dirhams (1.5 billion Pakistani Rupees).

According to the UAE National newspaper Khaleej Times, Leena Jelal had bought a lottery ticket on January 27. She bought the ticket in her own name along with 14 of her friends.

When she received a call from her friends, at first she could not believe it and thought that her friends were joking. Leena Jalal says her group of friends used to buy lottery tickets, but this is the first time a ticket has been taken in her name.

Leena thinks she may have been lucky. She and her friends will share the prize money got by the big ticket together. Her friends say they have not decided yet where to spend the huge money. They have decided to start spending the money with a donation to some charity.

Among the other lottery winners are Suraif Suru who has won 1 milion AED. The other Big Ticket winner is Nasiruddin who has come from Bangladesh. He has won a Range Rover Evoque. His Ticket number was 013887.

The UAE updates its Visa System and Conditions

Pakistani Embassy in the UAE issues Warning to Protesters