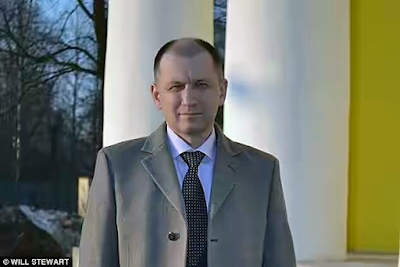 Sergey Davydov, mayor of the Russian town of Svetogorsk has declared the place a gay-free zone drawing ridicule from the public. Critics have branded the former military commissioner a ‘clown’ and an ‘idiot’ for supposing he has no homosexual people among a population of 15,000 but despite the backlash, he remained resolute saying  ‘there are and will be no gays’ in his town.
Davydov decided to bring in the ban when he found out that the local bakery was selling penis-shaped lollipops.

The mayors decision has received plenty of support from colleagues who approve of the ban. The head of Vyborg district, Gennady Orlov said:

‘I support Davydov. ‘There cannot be gay people in Vyborg District – and there must not be any. ‘All those who want to be gay should go to Europe.’ Konstantin Platonov, head Ivangorod,  also backed the ban saying: ‘I don’t know any gay people ‘ ‘I did not meet them in our town. ‘And I hope I never meet them here.’

‘I understand Svetogorsk town is free from gays, because this is what the mayor, a colonel of the Russian army, has said. ‘And who can we trust more in this country if not an officer? ‘I can say, too, that the whole of Slantsy district is free from gays.’ It remains unclear if the mayor checked all the 15,000 inhabitants of his town before declaring it a gay-free zone.

VIDEO: Gay US presidential candidate, Pete Buttigieg replies a 9-year-old boy who came to his rally asking for advice on how to come out as gay

Bisi Alimi must not come back to Nigeria as gay – Adamu Garba
Be the first to comment!
Leave a reply »