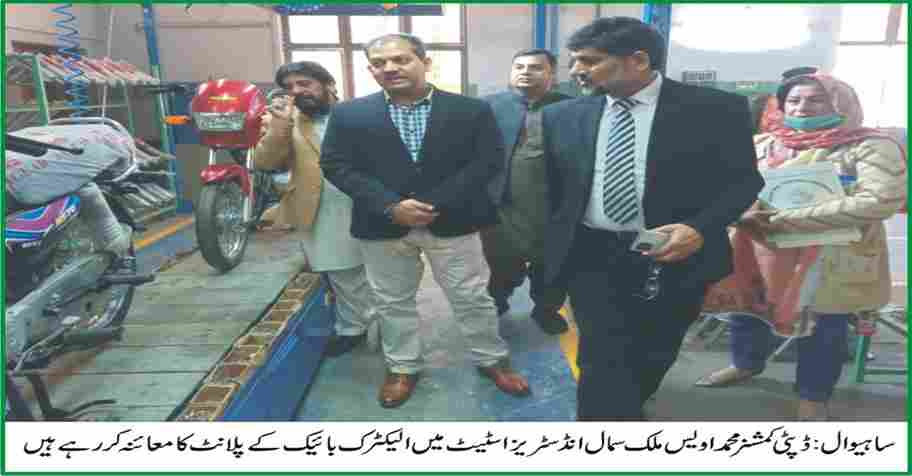 Sahiwal ( The Breaking Times – Arshad Farooq Butt ) Deputy Commissioner Sahiwal Muhammad Awais Malik has said that manufacture of electric bikes in Sahiwal is a welcome development. The government is providing relief to the industrialists by giving discounts in sales and electric parts taxes.

Welcoming the manufacturing of electric bikes at the local level, the Deputy Commissioner said that with the help of electric bikes, the people will be able to get more cheap rides while the environmental pollution will be reduced.