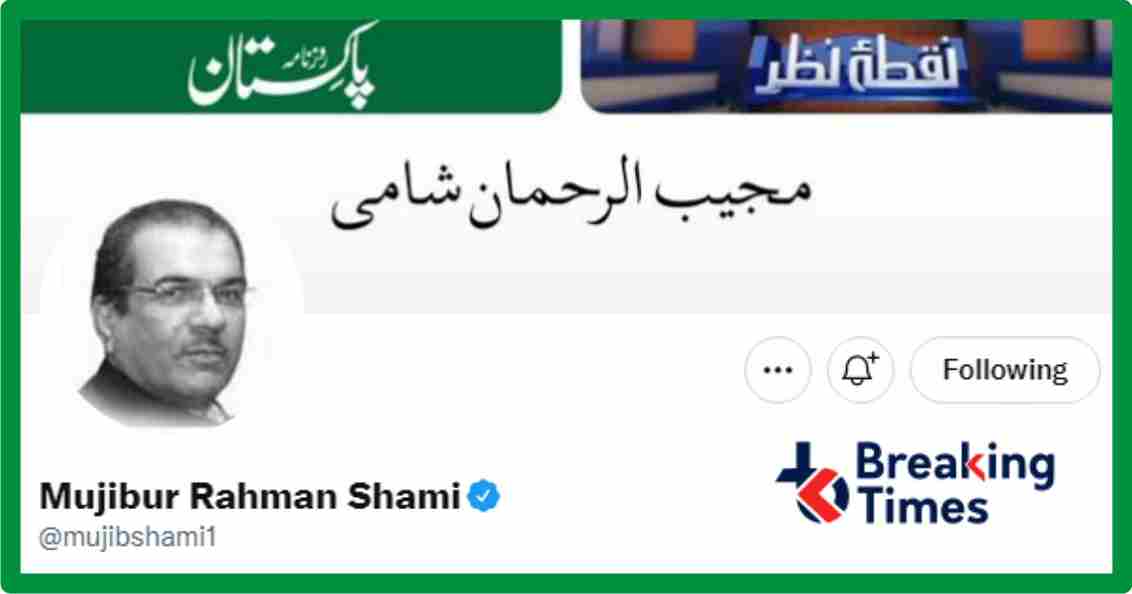 Mujibur Rahman Shami is a top Pakistani journalist and columnist. He is Editor-in-Chief of Daily Pakistan and Analyst at Dunya News program Nuqta-E-Nazar.

Mujeeb-ur-Rehman Shami ( in urdu مجیب الرحمن شامی ) is the founder of Qaumi Digest and Zindagi Magazine. He writes columns every sundy for Roznama Dunya and Roznama Pakistan. He writes urdu columns fo Roznama Dunya with title Jalsa e Aam. He is also the president of Karwan e Ilm Foundation.

Mr Mujeeb ur Rehman Shami managed to adopt new technology and did not vanish like his other contemporary journalists. He joined twitter on November 2014 with twitter handle @mujibshami1 and has 315k followers.

Nuqta-E-Nazar is a current affairs show that carries top stories of the day with historical and future perspective. This promgram is hosted by Ajmal Jami and Mujeeb ur Rehman Shami. It is aired on Dunya News from Mon to Thu at 7PM.