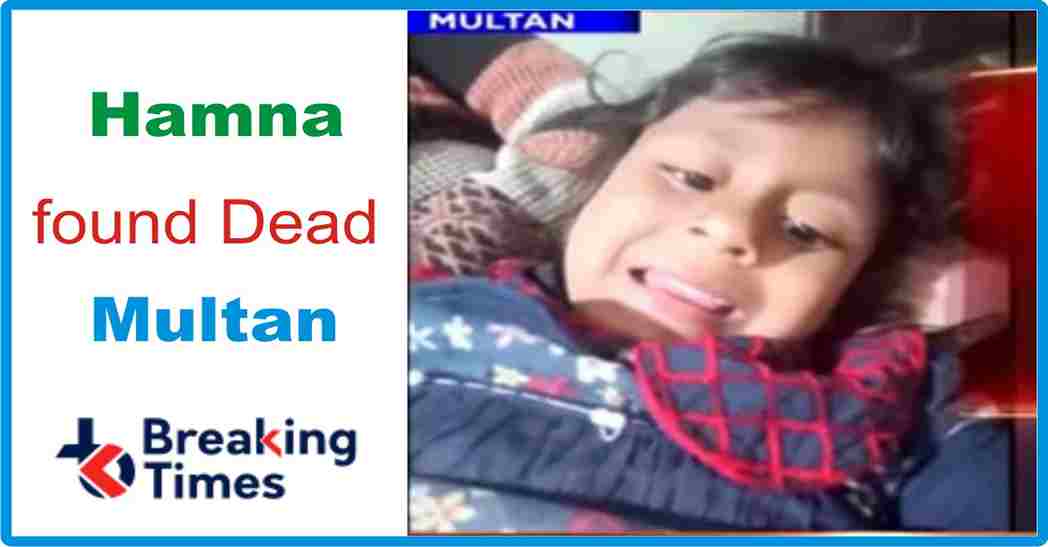 According to private TV Dunya News, the body of six-year-old girl Hamna, who went missing two days ago in Multan, has been recovered from a water tank.

The abduction of the girl Hamna was reported to Kent police station, Multan. The tortured body of the girl has been recovered from her uncle’s house in a water tank.

The girl’s body has been shifted to a hospital for post-mortem. On the other hand, Chief Minister Punjab Sardar Usman Buzdar has taken notice of the incident and demanded a report from IG Punjab.

City Police Officer (CPO) Khurram Shehzad has said that the accused will be arrested soon. Proceedings will be taken further after the postmortem report arrives.