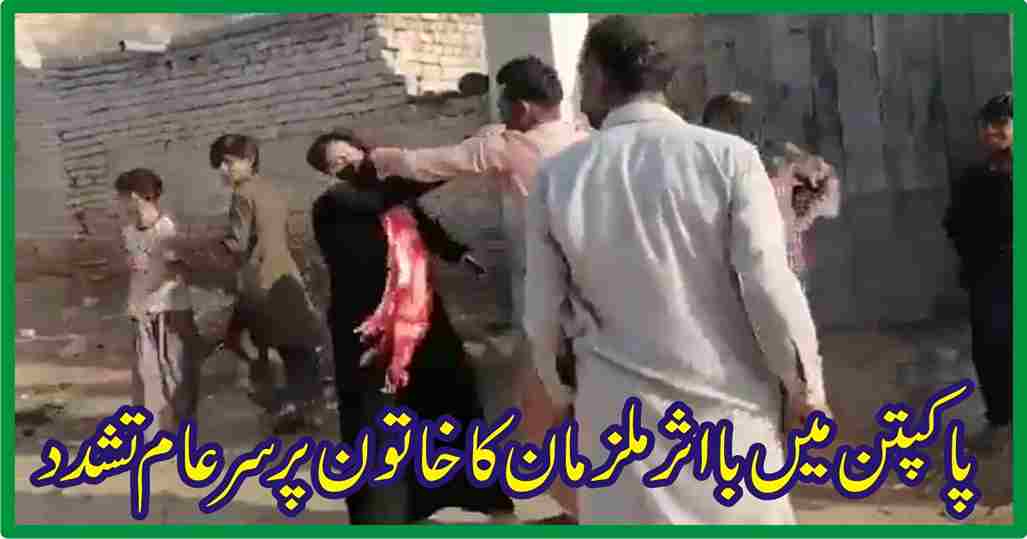 The accused assaulted a veiled woman and her brother dragging them into the streets in 50 EB village in Pakpatta over resentment of the application.

Police are reluctant to arrest influential suspects. Video of the violence has also gone viral on social media. It can be clearly seen in the video that the accused tortured the woman.

According to details, the woman and her brother were brutally beaten by influential accused on the pretext of filing an application in 50 EB area of ​​Pakpattan and the accused tied the woman’s brother with ropes and dragged him in the village streets.

According to the victim, Yasmeen Bibi, she gave two cows to the accused to raise. The accused secretly sold both the cows. The victim’s family learned of the sale of the cow, and Yasmeen’s husband appealed to the police.

Out of resentment, the influential accused grabbed the woman in the village streets and started torturing her. The accused made a video of the violence and made it viral on social media.

The victim’s family said that SHO Sadar police station Chaudhry Waqas had conspired with the accused and released the accused by registering a minor case.

The police did not even recover the cows from the accused. The victim’s family has appealed to IG Punjab and DPO Naseebullah to arrest the influential accused involved in the violence and bring them to justice.