Pass keys are not only easier to use than passwords, but are also considered more secure. 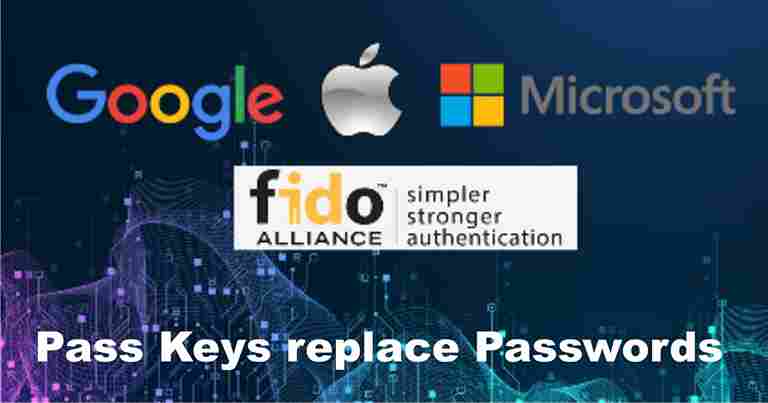 Remembering and changing your account passwords every now and then is a hassle. To get rid of this, Google, Apple and Microsoft are introducing a new technology called pass keys.

Pass keys are not only easier to use than passwords, but are also considered more secure. How will this technology work? Learn more in this article.

According to a survey, the average user has more than 90 accounts today. It is very difficult for the user to remember the password of these accounts. And if you keep the same password on different websites, the accounts are not secure. Also, if you have simple passwords, hackers can hack them.

With such issues in mind, Google, Microsoft and Apple have teamed up with an organization called Fido Alliance to find an alternative to passwords. And that are Pass Keys.

Apple and Google have announced that they will update their phone software and web browsers later this year with a technology called Pass Keys. Apple has also given a presentation on passkeys at its developers conference.

Pass keys technology will convert your biometrics, such as facial scans or fingerprints, into a digital code and store them on your phone or any device. And only Face Scan or Touch ID will help you log in to all the accounts just like you unlock your smartphone nowadays.

Apple, Google and Microsoft claim that pass keys are easier and safer to use. These keys reside in the device and are not stored on any server. So hackers can’t steal them. But to use pass keys, you need to have your phone or computer with you. Without it, you will not be able to log in to another computer or phone.

If you want to log in to another device, you need permission from your first phone or computer just like you do opening facebook through two-factor authentication.

Your phone cannot be accessed without your biometrics in case the phone is stolen. Moreover if you have passwords among one of these, you should change as they are the easiest target of hackers.

What is Web3 and How it will Decentralize Future Internet?