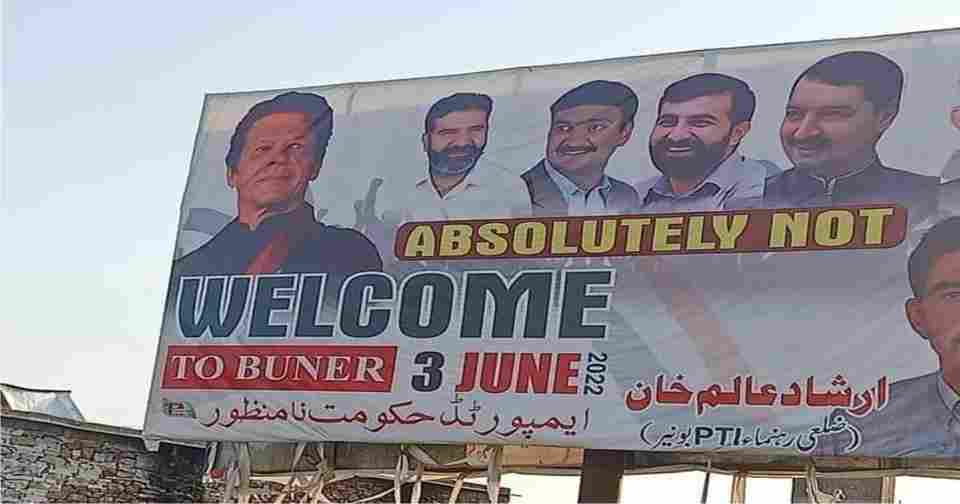 Chairman Pakistan Tehreek-e-Insaf (PTI) and former Prime Minister Imran Khan, while addressing a Jalsa in Buner, said that Israel, India and US were involved in overthrowing his government.

Former Prime Minister Imran Khan has said that imported government was imposed on Pakistan under external conspiracy. India and Israel wanted Pakistan to break up. When our government was overthrown, there was rejoicing in India.

Happiness was celebrated in India as if he was not Shahbaz Sharif but Shahbaz Singh. The Sharif family has strong ties to the Indian business community. Modi oppressed Kashmiris while Nawaz Sharif invited him to the wedding.

Addressing a rally in Buner, former Prime Minister Imran Khan further said that Asif Ali Zardari is a great disease of this country. He is sick of money. When he sees the money, his body begins to tremble.

On the other hand, Pakistan Tehreek-e-Insaf (PTI) today has announced a nationwide protest against inflation. PTI leader Farrukh Habib has said that there will be a protest outside the National Press Club in Islamabad today.

If he is not given the government, everything will be distroyed. Imran Khan thinks that those who are with him are fine, everyone else is enemy.