Punjabi language be made the medium of instruction from primary to graduation. 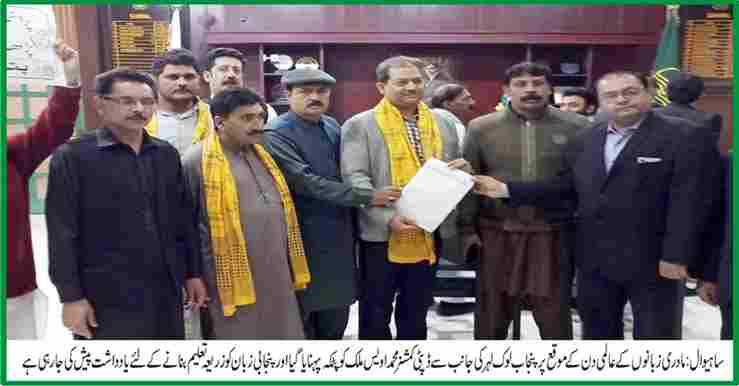 The memorandum demanded that Punjabi language be made the medium of instruction from primary to graduation.

On behalf of Punjab Lok Lahar, Deputy Commissioner Sahiwal and the delegation were adorned with black scarves and golden yellow stripes symbolizing the culture of Punjab.

Deputy Commissioner Sahiwal said that he would do his best to make Punjabi a medium of education in Punjab and would send the memorandum presented by Punjab Lok Lahar to the government with his personal recommendations.

So that the constitutional and legal orders in this regard could be implemented and implemented after the legislation. Punjab Lok Lehar would hold a rally in Sahiwal Division on the occasion of International Mother Language Day.