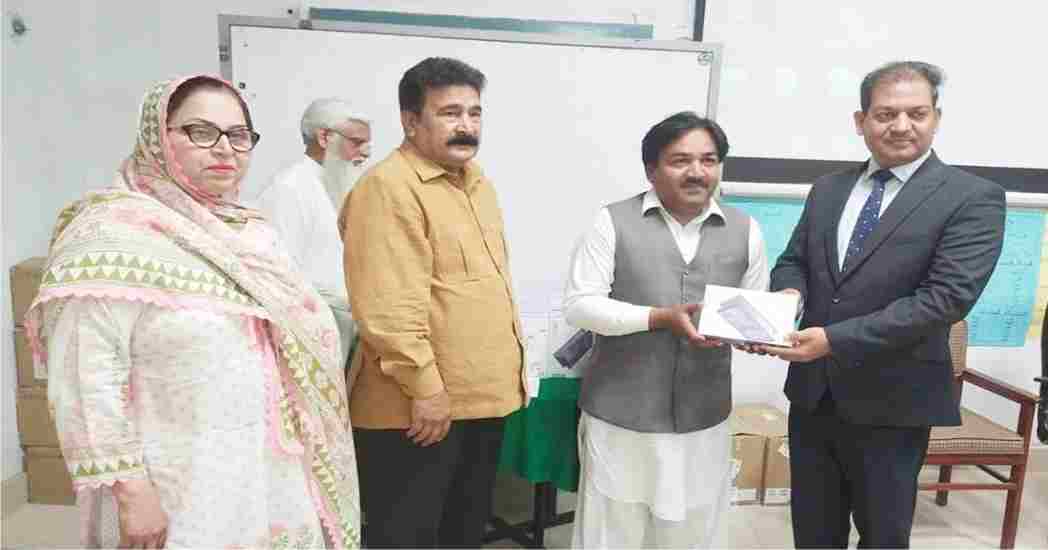 Sahiwal ( Sedhr.punjab.gov.pk – Arshad Farooq Butt ) Deputy Commissioner Muhammad Awais Malik has said that teachers have a key role to play in empowering the young generation mentally and physically to meet the challenges of the future and equipping them with modern education for which they should use their full potential.

The Punjab Government and the District Administration are providing modern facilities and conducive environment to the teachers of primary and elementary schools to perform their duties which should be utilized.

He said this while addressing a function to distribute modern tablets among the Assistant Education Officers at Quaid-e-Azam Academy for Education Development Sahiwal, which would enable better monitoring of schools.

He said that the government was paying special attention to the on-job training of teachers so that their skills could be enhanced. He urged the AEOs to enlist the help of local community and philanthropists to enhance the basic facilities in the schools and address the shortage of teachers so that the best learning environment could be provided to the students.

He said that teachers should also focus on the rapidly changing modern trends in the world and make use of the existing education systems in other countries to create interest in children and increase their academic performance.

Addressing the function, CEO Education Dr Muhammad Arshad said that the Department of School Education has provided modern tablets to all the AEOs of the district which would go a long way in alleviating the problems faced by the schools. Later, Deputy Commissioner Muhammad Awais Malik distributed tablets among 80 AEOs stationed across the district Sahiwal.