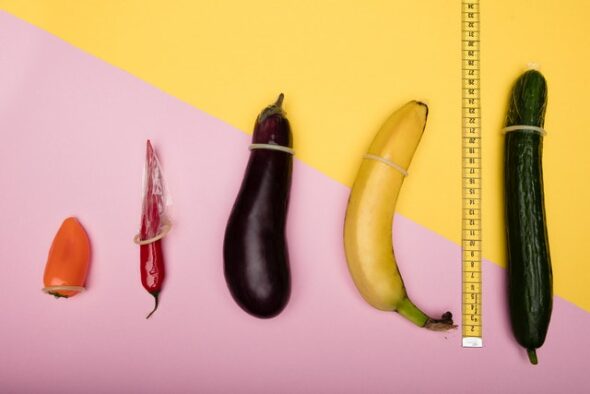 There is no more secret that guys are worried over the average pp size because society sets the standards about it. If you are a guy, you have compared the size of manhood to your friends or fellow.

Science has discovered what should be considered normal. According to British researchers, a scientific graph was created that shows the sizes of men of different races and ages.

Graphs were created to treat BDD

Dr. David Veale, the Institute of Psychiatry, Neuroscience, and psychology researcher, says we did this study because many guys feel ashamed of their size.

Most men compare themselves in the locker room and to pornography on the internet. Due to this complex of inferiority development, they might be worried. This graph examined what a man believes and the actual position on the graph. It is a correlation between a man’s height and the erect length of a penis.

Dr. Martin Baggaley, who is a medical director at South London and Maudsley NHS Foundation, explained how BBD could affect anyone, especially in the case of males.

It causes a distorted view of how they look, and they spend an obsessive amount of time worrying about appearance. They worry about weight, specific parts of the body, size of the penis.

It causes great distress because a person with BDD constantly compares their looks to others, spends most time in front of a mirror, and feels anxious in public. Well, they need more formal treatment, such as cognitive behavioral therapy.

According to research, the average pp size is almost 3.6 inches and 5.2 inches during stretching. The length of erected phallus is 5.2 inches. Moreover, the normal girth of an erect phallus is 4.6 inches.