The student Kashif died on the spot, which enraged his fellow students. 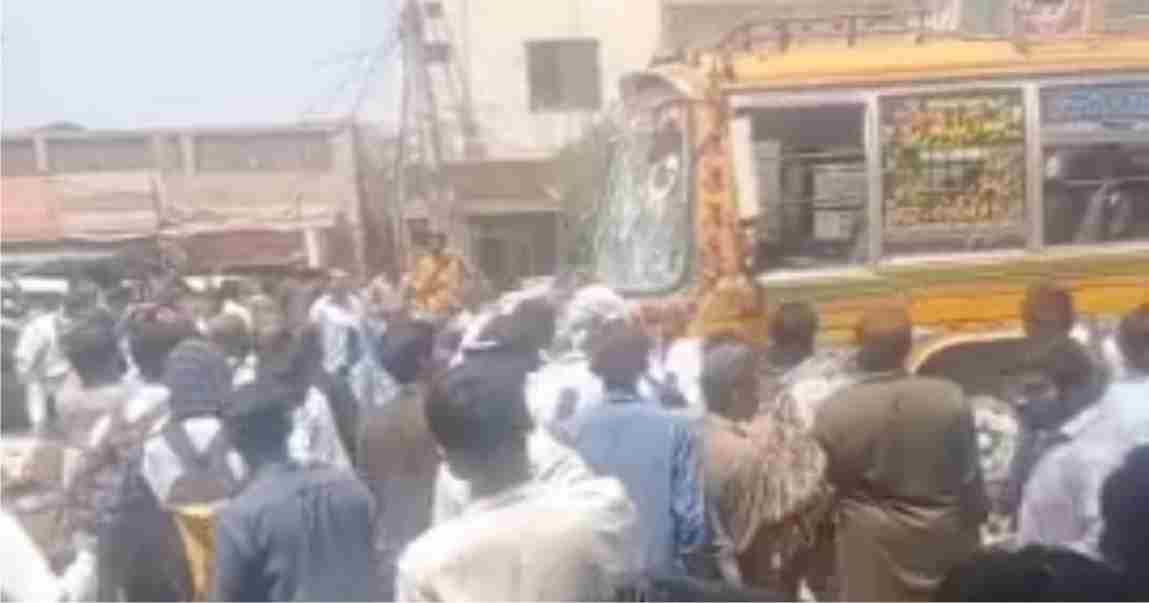 The student Kashif died on the spot, which enraged his fellow students, who blocked the road and smashed the bus windows. Angry students tried to set the bus on fire but were stopped by citizens.

Sahiwal police arrived at the spot an hour late and took the bus into custody. However, the driver could not be arrested.

It should be noted that the former commissioner Sahiwal had blocked the entry of Chaudhry Company buses in the city. But the Secretary Road Transport Authority, in consultation with the company management, allowed the Chaudhry bus service to enter the city.

In the last three weeks, the Chaudhry bus service has crushed three people. But the district administration has become a silent spectator.

Yesterday, Kasaf son of Allah Ditta of Chak 106/9L was waiting for the bus when he was crushed by over-speeding new chaudhry bus.