Three Students Died in an Accident at Sahiwal Bypass 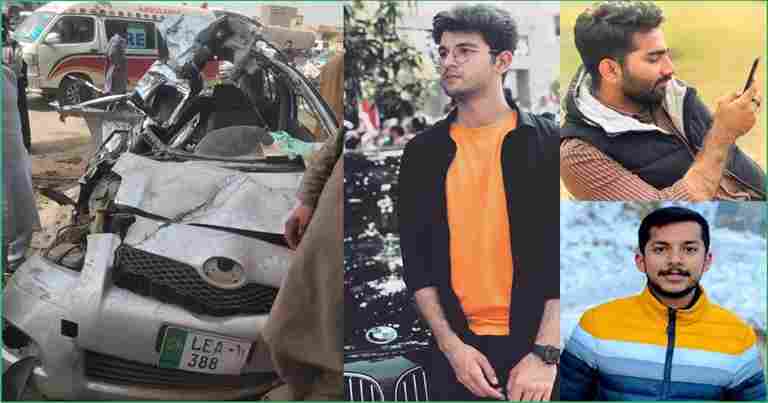 Three students of BBA Management Science Department, Comsats University, Sahiwal campus, are died in an accident at Sahiwal Bypass when their the car was hit by a trailer from the rear side and it hit another trailer moving ahead.

Waleed Zahid, a young son of Professor Zahid Zahoor Government College of Technology (Sahiwal) and two of his friends have died in the road accident. The victims were the students of Comsats University Islamabad, Sub-Campus Sahiwal.

According to an eyewitness, the car collided with a truck parked on the road while overtaking due to high speed. Funeral prayers will be offered today, Monday 25th April, 2022 at 10.30 pm at Mai Shah graveyard.

The deceased students have been identified as 20 years old Ahmed Shehroz, a resident of Pak Avenue Colony, 20 years old Shaikh Waleed of Farid Town and Faheem (21) of Ganjh Shakar Colony.

Rescue 1122 reached the spot and  told The Breaking Times that student Fahim was driving the car and he died on the spot.

The other two students got critically injured and were shifted to DHQ teaching hospital Sahiwal where they succumbed to their wounds.

SHO Ghala Mandi police station have registered a case and is investigating the matter.