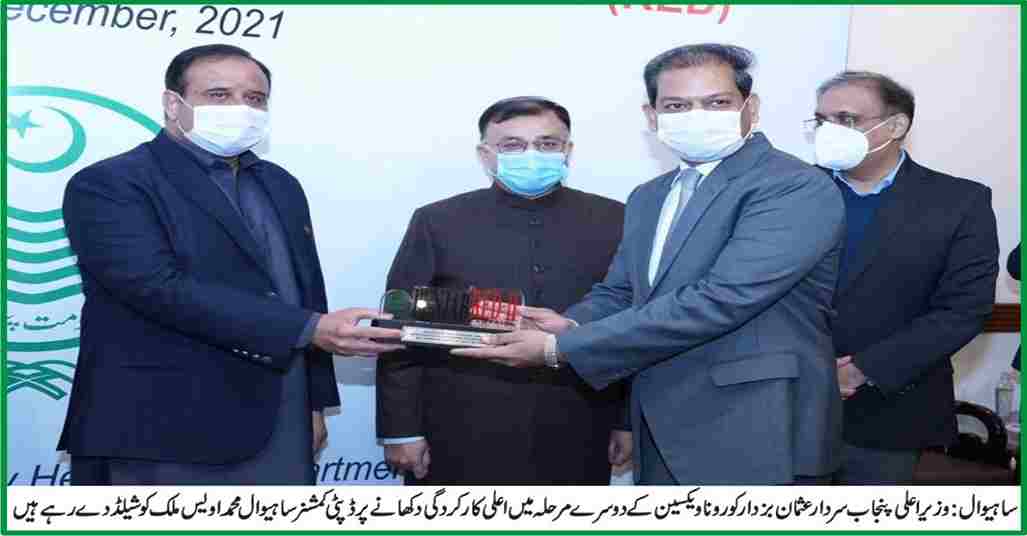 According to the details, the Punjab government has released the statistics of the second phase of door-to-door corona vaccine. According to which Sahiwal Division topped the entire Punjab with 113% coverage.

The second phase was carried out across the province from 1st December to 31st December during which more than 1.625 million eligible persons were vaccinated in Sahiwal division including 557,749 in Sahiwal district, 673,874 in Okara district and 393803 in Pakpattan district.

Sahiwal is the only division in the province whose shields have been given to all the districts. Commissioner Sahiwal Division Ali Bahadur Qazi said that due to the hard work of the field teams of the health department, corona was controlled in the division and people must get corona vaccine to protect their health.