Saniha Sialkot, A Day of Shame for Pakistan as a Nation Sialkot ( The Breaking Times – December 4, 2021 – Arshad Farooq Butt ) On Friday, workers at a leather factory in Sialkot lynched a Sri Lankan manager Priyantha Kumara for allegedly removing a religious poster. The mob then dragged the body of a Sri Lankan citizen into the square and set it on fire.

Punjab police have arrested the main accused in Sialkot incident. A case has been registered against the accused under the provisions of terrorism in the police complaint. 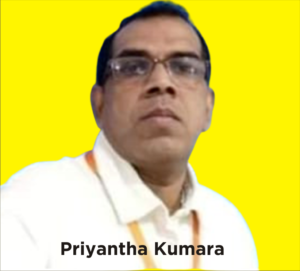 According to a Punjab police spokesperson, Sialkot police have arrested the main accused in Saniha Sialkot who is identified Farhan Idrees. The main accused Farhan Idrees can be seen in the video torturing the Sri Lankan manager and provoking people. In addition, the accused himself came to the media and confessed to the murder of a Sri Lankan citizen. Punjab Police has so far arrested more than 110 accused in Saniha Sialkot.

Prime Minister Imran Khan has condemned the Sialkot incident, calling it a source of embarrassment for the country.

President Dr. Arif Alvi has said that Sialkot incident is very sad and shameful. I appreciate the immediate action taken by the Prime Minister and Government of Pakistan after the incident.