Shirin Mazari has been transferred to Kohsar police station after being arrested by Anti-Corruption Punjab. 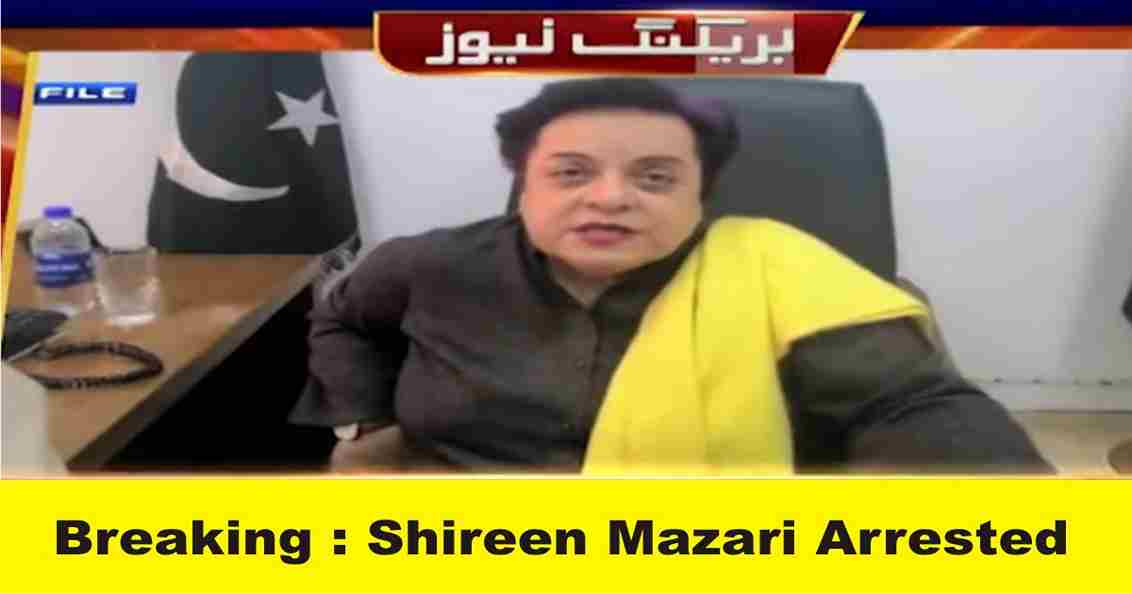 Shirin Mazari has been transferred to Kohsar police station after being arrested by Anti-Corruption Punjab, police said in a statement.

What is the Land Case on Shireen Mazari?

Columnist Javed Chaudhry has written a story about the occupation of land by Shireen Mazari’s family. Her father Sardar Ashiq Mehmood Khan Mazari was the chief feudal lord of Rojhan tehsil of Rajanpur district, the last district of Punjab.

During the land reforms of Zulfiqar Ali Bhutto, lands were taken from feudal lords and distributed among the peasants and farmers, then the land of Sardar Ashiq Mazari was also divided.

Officials of the finance department brought Ashiq Mazari’s record to his dera and forged the record. The box of original records was kept at the house of Sardar’s loyal Patwari. The purpose was to avoid the raid.

Patwari was also scared. He took his Naib Qasid into confidence and hid the ark in his house. In any case, a new record of 40,000 kanals of land was made. Different companies were formed and the lands were transferred to these companies.

The case against Ashiq Mazari began and the Federal Land Commission declared the companies fake in 1975.

Legal action was ordered against the Mazari family and the trial lasted 50 years. Ashiq Mazari claimed that if the lands are owned by the finance department then they should bring these records.

The court ordered the finance department to bring the record and the original record was missing. Lands became worth billions of rupees during this period and were distributed and sold.

Sardar Ashiq Mazari passed away and thus Shireen Mazari, his brother Sardar Wali Muhammad Mazari and his mother became “beneficiary” of this property. In time, the matter reached Punjab through the Federal Land Commission and the courts.

An investigation was launched against the Mazari family and continued. Meanwhile, the Patwari retired and died. Naib Qasid who had the original record box in his house also passed away.

DG Anti-Corruption Gohar Nafees was in the hands of Shehzad Akbar, so the search of Rojhan’s lands was locked in the cupboards.

But when Rai Manzoor took charge, Chief Minister Usman Bazdar called him and asked him not to take action aganist Shireen Mazari but this recommendation was reversed.

Rai Manzoor opened the file and started investigation of 40,000 kanals. He soon reached the original box of records. The ark was still lying at the Naib Qasid’s house.

Senior journalist Gharida Farooqi while issuing the message on Twitter has said that Imran Khan’s arrest was also being prepared last night.

More PTI leaders are also expected to be arrested after Shireen Mazari. Imran Khan is still in Peshawar. It remains to be seen whether Imran Khan arrives in Islamabad immediately after the arrest of his key leader.

Former Federal Minister Fawad Chaudhry has said that PTI has called for nationwide protest against the arrest of Shireen Mazari.

Fawad Chaudhry has requested the workers to go out for protest in the light of the instructions of local leadership across the country at 7 pm today.