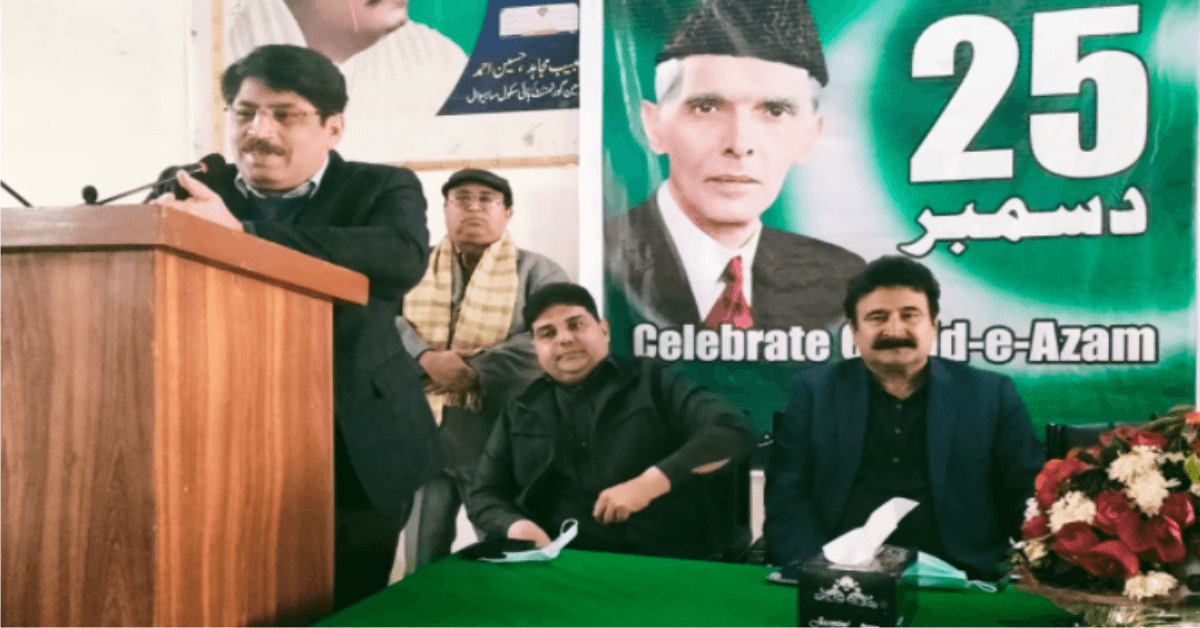 Sahiwal ( The breaking times – 25 December 2021 – Arshad Farooq Butt) On the birthday of Quaid-e-Azam Muhammad Ali Jinnah, the founder of Pakistan, a ceremony was held at Government High School Sahiwal with the special participation of Deputy Commissioner Sahiwal Wajid Ali Shah.

The function was attended by Chief Executive Education Officer Sahiwal, Education Officers and a large number of students. At the ceremony, children gave speeches at the behest of the founder of Pakistan.

Addressing the function, Deputy Commissioner Sahiwal said that Quaid-e-Azam Muhammad Ali Jinnah turned the dream of a free homeland into a reality for the Muslims with his enthusiastic leadership. Quaid-e-Azam wanted to make Pakistan a truly welfare state.

Establishing a society based on tolerance, forbearance, tolerance was Muhammad Ali Jinnah’s dream. A high position in the world could be achieved by following the guidelines laid down by the great leader.

The ceremony was named as per the instructions of Deputy Commissioner Wajid Ali Shah, “O Quaid-e-Azam, your kindness is kindness”. You cannot repel this nation.

Principal School and Deputy CEO Secondary Sahiwal said that after a long time, Hazrat Quaid’s Day was being celebrated on December 25, which was a prelude to the thinking of both DCs and CEOs. Khadim Hussain Mohal DEO Secondary and Yasin Khan Baloch Senior Headmaster also expressed their views.

DC Sahiwal rewarded Ali Shoaib for singing a Milli Naghma beautifully. He congratulated to the child who gave the speech. DC commended the Principal and CEO Education for decorating the beautiful concert hall and for preserving the 140 year old Government High School building as a cultural heritage.