Punjab Cultural Day has been declared by the Punjab Government 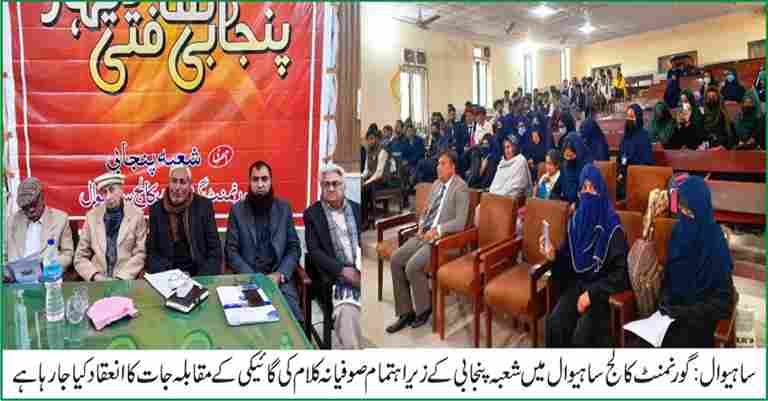 Sahiwal (The Breaking Times – Arshad Farooq Butt) Punjab Cultural Day has been declared by the Punjab government to promote cultural activities in Punjab.

In Government College Sahiwal, under the direction of Principal Prof. Dr. Mumtaz Ahmed, a competition was organized under the auspices of the Department of Punjabi.

The special guests were Prof. Akbar Shah, former teacher of the college and the guest of honor was Prof. Dr. Mustafa Khokhar, former President, Department of Punjabi.

Nine students participated in the competition. The first position of the competition was won by Aqsa Bano of Computer Department, followed by Ali Hamza and Har Asim Maqsood.

At the end of the ceremony, Prof. Akbar Shah in his speech appreciated the competition and said that Sofia was a messenger of peace and security. Today, it is imperative that this message be conveyed to the new generation so that they can not only become acquainted with the cultural heritage of Punjab but also promote peace.

Finally, Principal Prof. Dr. Mumtaz Ahmed also shed light on the life of Sofia and appreciated her services for Islam. He said that the society could be made better only by introducing new teachings to the new generation.