In this regard, a press release has been issued by the Chief Executive Officer. 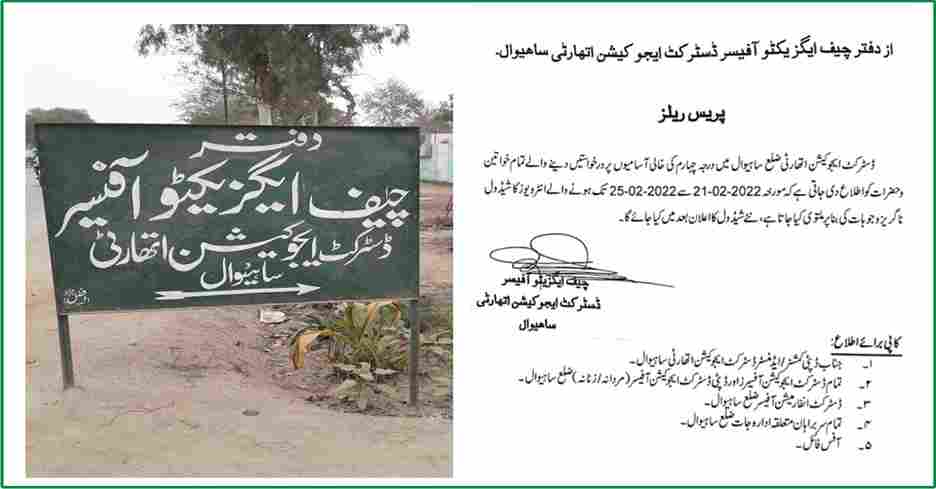 Sahiwal ( Sedhr Punjab Gov Pk – Teachers Community ) Interviews on District Education Authority District Sahiwal Class IV Vacancies have been canceled indefinitely. In this regard, a press release has been issued by the Chief Executive Officer. The new schedule will be announced later. 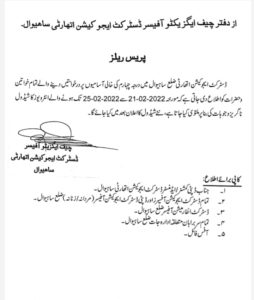 It is to be noted that Class 4 vacancies are the privilege of the Principals and the Headmasters of the Government schools. But as usual these jobs are being distributed among political supporters by MNAs and MPAs.

Even M. Phil pass students are submitting applications for Naib Qasad or Guard jobs. But most of them know the jobs are being approved by the MNAs and MPAs.

According to “official statistics” obtained from the School Information System, there are 95,192 vacancies vacant in government schools.

The younger generation has been looking to the government for recruitment for four years. Public schools are short of teachers. Quality education is impossible without teachers recruitment. 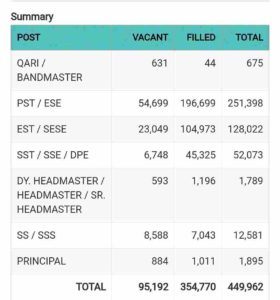