This lovely young lady was born on June 9, 2000, in Karachi, Sindh, Pakistan. 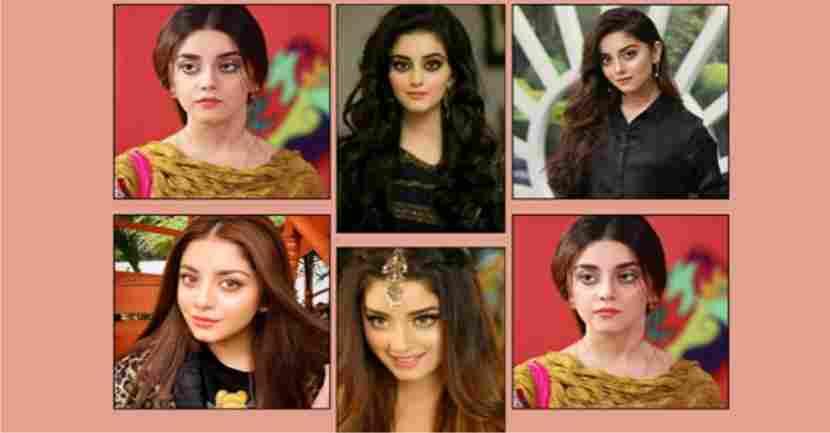 Alizy Shah is one of Pakistan’s most well-known actresses. She has appeared in a number of Pakistani drama series and films, and is now a fan favourite among the general public. Alizy is also a fantastic dancer.

This lovely young lady was born on June 9, 2000, in Karachi, Sindh, Pakistan. Her height is 5 feet and 5 inches, and she weighs 50 kg. Alizy is a health-conscious young lady. She works out on a regular basis in order to maintain her weight. Her eyes are brown, and her hair colour is likewise brown. Shah is her father’s name. She is the only child of her parents, and hence has no siblings.

She began working on television when she was six years old. She was also seen in a TV commercial with Waseem Akhter. In 2017, she began working professionally as an actor.

She plays a role in darmaChoti Si Zindagi and then in the films Hoor Pari and Jo Tu Chahey as the female lead. She appears asTamana in the television series Daldal and Palwasha in the drama series Ishq tamasha. In the drama series Ehd-e-Wafa, she played the part of Dua. Ehd-e-Wafa turned out to be a hit television programme. Alizeh did exceptionally well in Ehd-e-Wafa. Her most recent project was MeraDilMeraDushman, in which she played Maira.

After anamazing performance in “IshqTamsha,” Alizy Shah has received the Hum Award for Best Television Sensation (2018).

In a recent show, Zarnish Khan, in response to a question from the host, has said that if there is a contest with actress Alizy Shah to insult someone, then the contest will be won by Alizy Shah.

Commenting on Zarnish Khan’s video on Showbiz social media page, Mathira has said that Alizy Shah is still like an innocent child. Stop criticizing her.