Boy Came to See Girlfriend Beaten by Villagers in Arifwala

Ahmed Yar police station has registered a case against the accused 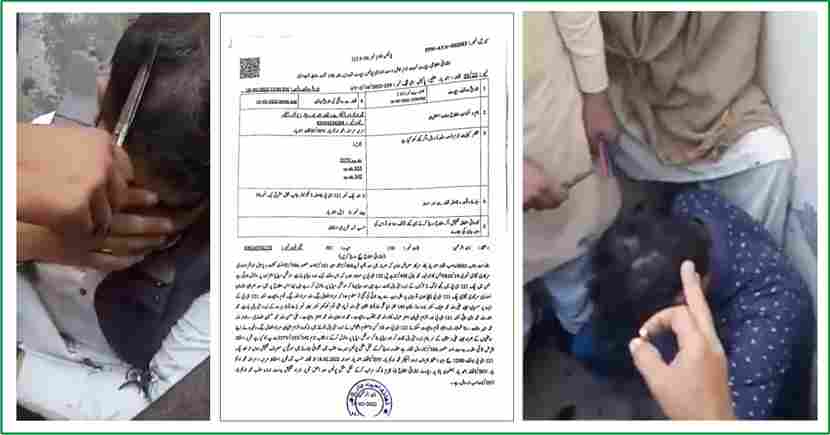 Arifwala ( The Breaking Times – Arshad Farooq Butt ) A boy with his friend came to see his girlfriend in the village of Arifwala ending up beaten by the villagers.

According to the details, in the suburban village 121 EB, the police came to the rescue after the incident of beating and cutting the hair of the head by the villagers including the companion of the youth who was allegedly visiting his girlfriend. A case has been registered against 15 residents of the village involved in the incident.

10 unidentified persons including accused Mohammad Ahmed, Asghar alias Kala, Mohammad Arsalan, Ali Hassan, Rabinwaz and Shamshad at the house of a person named Afzal in Chak 121 EB forcibly kidnapped two youths Mujahid and Usman from Arifwala village. The haircut of the victims and the video went viral on social media.

Ahmed Yar police station has registered a case against the accused for taking the law into their own hands.