Asad Umar said that this war was not of Imran Khan but of Pakistan. 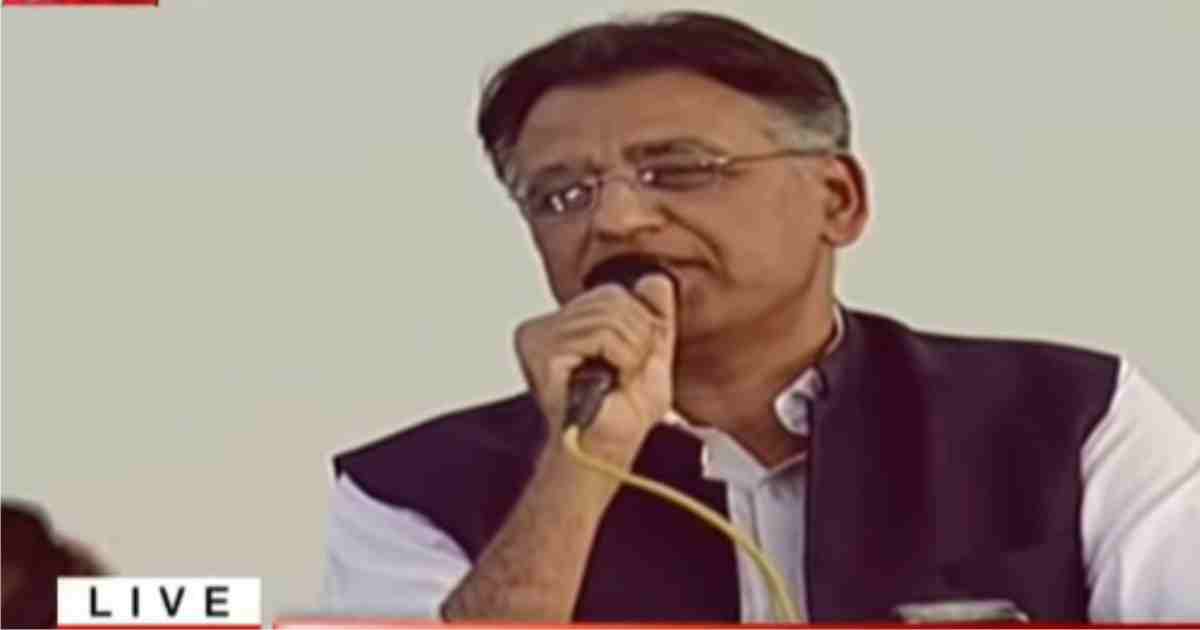 Federal Minister Asad Umar has said that all the thieves have come together against Prime Minsiter Imran Khan. He said this while Addressing the gathering at PTI Jalsa Islamabad on 27 March 2022.

He advised Imran Khan to hold elections tomorrow so that it would be known who Pakistan was with. He said no confidence motion was a small thing. This was the job of politicians.

Asad Umar said that this war was not of Imran Khan but of Pakistan. This war would now be won not only for Pakistan but for the entire Ummah.

We stand against those who invest haraam money in politics. Fazal ur Rehman, who calls Biden a world leader, Shahbaz Sharif is busy polishing boots are not patriots.