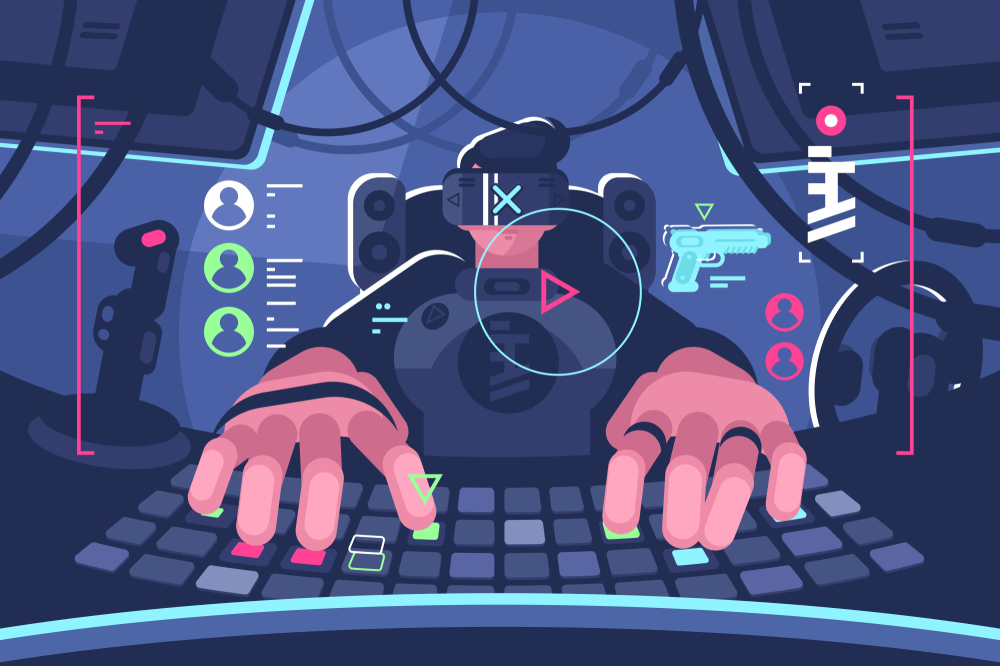 India, the second-most populated nation in the world, is expected to surpass China in population by 2024. But when it comes to playing video games, you would never guess it. Indians are frequently portrayed in western media as call center agents, convenience store proprietors, and taxi drivers. Indians, as well as Southeast Asians in general, are hardly ever represented in the gaming industry.

There are relatively few characters who are native to India, despite the fact that far too many games exploit India as a backdrop and innumerable characters are influenced by Indian culture. We definitely anticipate more Indian heroes throughout the future as developers work to win over an expanding fanbase because the Indian gaming business is expanding. Although there were not many characters that qualified for this list, it will be entertaining to rank the top 5 candidates!

In the cyberpunk future of Dreamfall Chapters, Europe is paying for centuries of reckless expenditure and industrialization. Mira, who now runs a workspace in the vast metropolis of Europolis, is originally from the Mumbai tech slums. She overcame cyborg gangs, assassins with the support of the authorities, and unethical businesses hunting for live test subjects while growing up on the street.

She is harsh and rebellious due to her background, and she is not scared to speak her mind. Anyone in her line of hearing will receive verbal abuse from her, and her enraged soliloquies frequently contain Hindi curse words. Indians are frequently portrayed as straightforward people who aren’t hesitant to express their opinions, but Mira has to tone it down a bit. She’s not the friendliest character in this ranking, but her aggressive language is a reflection of the hostile environment she lives in.

Abubo Rao (Rage of the Dragons)

You surely remember Abobo, a muscle-bound henchman from the Double Dragon franchise who could smash up walls like that of the Kool-Aid man. When the creators were unable to obtain the rights, Rage of the Dragons changed from being a legitimate installment in the Double Dragon saga into a tribute. Abubo Rao, who is distinguished by his imposing stature and brutish strength, is undoubtedly influenced by Abobo.

He once belonged to a gang and had ambitions to eventually unseat his boss, but after being thwarted by Billy Lee and Jimmy Lewis, his goals were shelved. Since then, he has harbored resentment and is eager to make amends and establish himself as a leader in the criminal underground. When he loses, he behaves like a gigantic baby, but that guy can hit the ground so forcefully that he causes earthquakes!

Jayadeep Mir, a Kashmiri Muslim and the last Sikh Princess’ son, was brought up to be an executioner like his father. Jaydeep, a soldier of the Indian Brotherhood, has almost magical potential and was an expert swordsman and free runner. Sadly, after mishandling his first assignment and jeopardizing the Brotherhood, he was exiled to England. He adopted the identity “Henry Green“ and established a network of connections that included members in various spheres of English society.

He was quiet, friendly, and laid-back, and this helped him survive in Templar-run London when the remainder of the Brotherhood was wiped out. It makes sense why he was dubbed the Ghost. Jayadeep had always desired to go home, and after succeeding in his area, he was eventually allowed to do so.

Krishna Ramanujan, an 11-year-old prodigy with an IQ of above 300, has always been fascinated by gadgets and technology. He got admitted to a technical institution in the United States at a young age and made several accomplishments in the scientific community. He probably fights criminals such as Wonder-Black when he is not committing himself to projects related to mechanical engineering.

He excels at tracking down cybercrime and has a talent for compiling information. Wonder-Black is quiet and appears disinterested in social settings, yet he is not as strange as his rambling speech might imply. He is still a youngster despite all of his accomplishments. He attends a university in America and works as a superhero at the field office in New Delhi, but I have no doubt that he prefers to play video games.

After a global war, Satya Vaswani was born and raised in a destitute neighborhood in Hyderabad. Although her living conditions were not ideal, she was offered a chance to escape when the Vishkar Corporation started constructing self-sustaining towns for the country’s displaced population utilizing “hard-light“ technology. Vaswani immersed herself in her schooling and rose to the position of the top architect at Vishkar Corporation since she was one of the select few who could become a light-bending architect.

She even added her personal touch by adding traditional rituals of Indian dancing into her building techniques! She was deployed all around the world to increase her company’s influence while posing as Symmetra. She had trouble navigating social interactions as a child and favored orderly settings. It makes sense why she was so interested in creating ideal civilizations.

Symmetra is one of the characters that teams use in eSports competitions to support them with healing and buffing skills to boost survivability and reduce the number of respawning needed for the squad to get back in the game. It is worth knowing if you enjoy betting on eSports here and want to know if a particular team had Symmetra in its character lineup or not.