Catch Up With Mari Pepin Solis, Contestant of Bachelor In Paradis Season 7 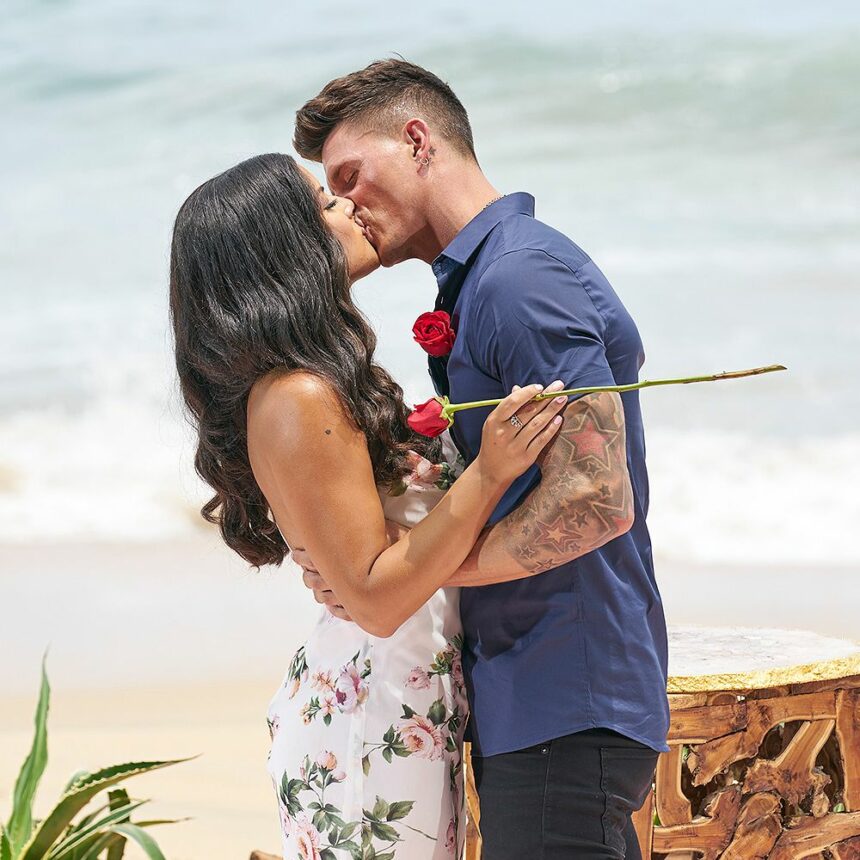 Meri Pepin Solis appeared in The Bachelor season 25 and tried to find her love. Well, she was unable to win Matt James and was ready to give love another shot in the Bachelor in Paradise season 7.

Solis said in her bio that she is a career-oriented, thoughtful, and nurturing woman. She hopes to find a man who can value her and her all other activities being a partner. Mari Solis is a pageant queen and crowned Miss Maryland, USA 2019.

Mari Pepin Solis was a contestant in the Bachelor’s 25th season. Other contestants, Matt James, Serena Pitt, Victoria, Jessenis, Abigail, Chelsea, Kit Keenan, Kaili Anderson, Katie Thurston, and Bri Springs, are included.
Well, Mari returned back in the seventh season of Bachelor in paradise. The show brings back some members from the last season.

Mari became the center of attraction in the seventh season when she tangled up the love triangle between Demi Burnett and Kenny Braasch. Since the production of the Bachelor in Paradise, Kenny and Mari have been together, and in the new trailer, Mari was with Demi to make a move. After that, in the trailer, Demi and Kenny were shown on the beach.

In the end, see it is seen that Mari breaks a fight between Demi and Solis. According to the spoiler, Mari seems to win over Kenny and get engaged in the finale. Steve said in the beginning that he was told that Kenny would be going back and forth between Demi and Mari.

Mari Solis appeared on the Bachelor in 2021. She did not share the exact date of birth. She was born to Hispanic parents in Rica. Her dad passed away and then shifted to many places like Germany, France, Italy, and Czechoslovakia. She lives in Odenton, Maryland.

She became passionate about helping others and being involved in community service. She also has many fundraisers organization regarding women’s health. Moreover, Mari started her initiative for children to instill self-confidence.

Once she also went through plastic surgery, but that is a rumor. She is an attractive lady with a gorgeous face. Mari’s height is five feet and six inches.

She completed her graduation in communication studies and then a master’s in science degree from Towson University. She worked for Make a Veteran Smile as a coordinator and as a marketing director for Maryland Plastic Surgery & Pure MedSpa. Besides, she worked in lash Moi for five years.

Maria is active on Instagram under the username @mari_pepin and has 54.6k followers. Moreover, she also has a Tiktok account with 29.3k followers and On Twitter with 2.2k followers.

According to different sources, the estimated net worth of Mari Solis is $350k.