600 police personnel will be deployed for security of 120 churches 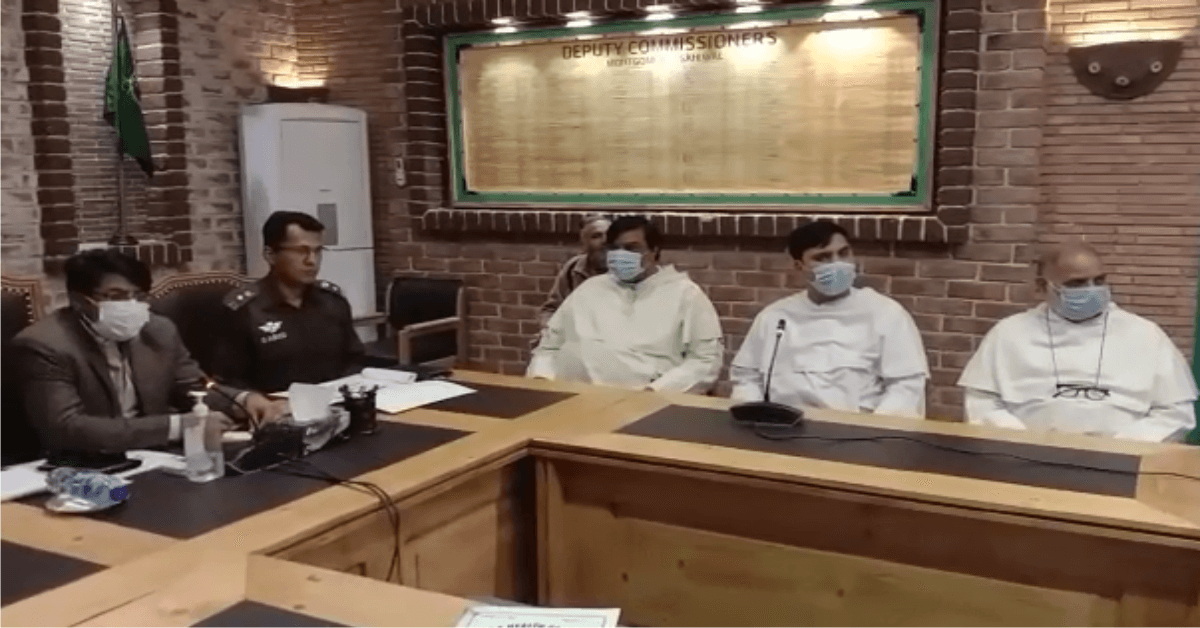 Sahiwal (The Breaking Times – 7 December 2021 – Salman Khalid) Deputy Commissioner Sahiwal and DPO holds meeting with representatives of the Christian community about arrangements of Christmas celebrations. Security of churches in the meeting, cleanliness, establishment of Christmas markets and other important issues have been considered.

DC Sahiwal has asked for lists of names to help deserving Christian brothers. Meeting participants have been agreed to continue mutual cooperation to maintain the atmosphere of brotherhood in district Sahiwal.

There are plans to set up Christmas bazaars in Sahiwal district. Local governments will make best arrangements for cleaning and lighting around Christian places of worship.

A welfare society can be created by respecting each other’s religions. Police have developed a foolproof security plan for Christmas.

600 police personnel will be deployed for security of 120 churches in Sahiwal and Chichawatni. 5 churches are placed in A, 34 B and 81 C categories.