Dan Tooker And Elle King Are Going To Become Parents 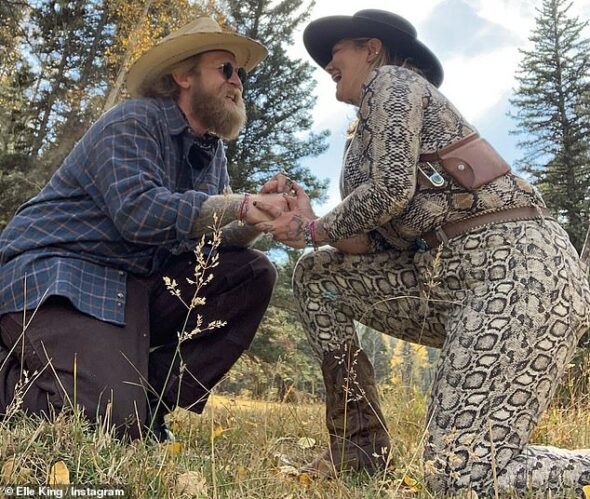 The singer Elle King is expecting the first child with her fiance Dan Tooker. After this news, fans took interest and wanted to know about her partner. Let’s see all the detail of Dan Tooker.

Who is Dan Tooker

Dan Tooker is a tattoo practitioner and specializes in creating traditional tattoos. He always did an amazing job and showed off his word on social media. He also collaborated with many famous tattoo design companies, such as Riverside Tattoo in Boston and Studio XIII in Orlando, Florida.

Moreover, he sells many exclusive merchandises on the official website of Riverside Tattoo’s club. He earns most of his money from this, and the estimated salary of a tattoo artist is $107k in Boston.

Den Dooker and Elle King got engaged in October 2020. Both proposed to each other at the same time. Tooker took Instagram to announce the engagement and explained how he and Elle have prepared to propose to him the same way.

Elle and Dan are Going to become Parents

There is good news that they are expecting a baby. The singer, Elle, wrote on Instagram, “ Me and @tattooker made a little human; we are so excited that I am pregnant. This news came with a great deal of fear and hoped that all mothers to be in however sense that may know that I am trying to be very sensitive.”

Furthermore, she also explained that she had experienced two miscarriages before that. She said, ‘you see this miracle after two big losses. It’s an extremely painful experience for everyone. However, the sun always rises and never let go to let the universe decide when I was ready.”

This is all about Elle and Dan’s relationship and about their news to become parents.