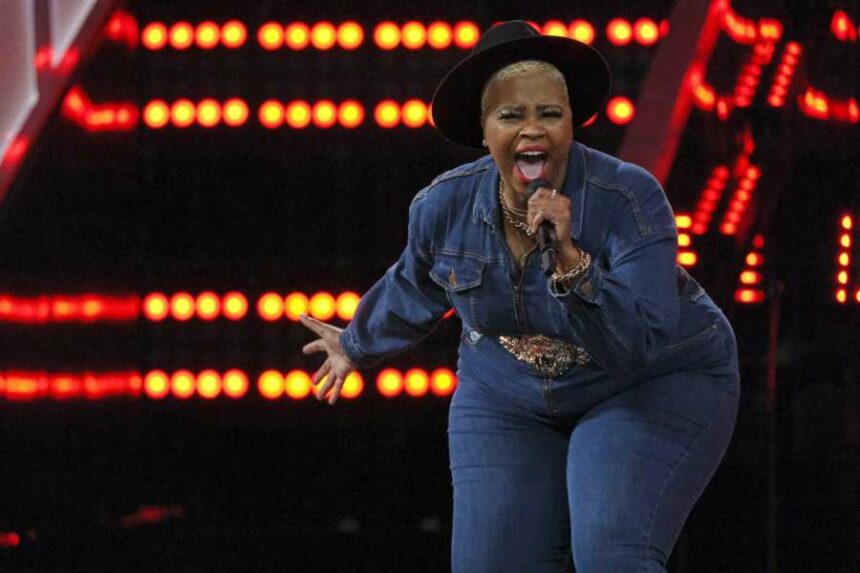 There was a surprise during the semifinal results of season 20 as Dana Monique said goodbye. Let’s talk about her early life, profession, personal life, and all others.

Dana Monique was born on 25th July 1979. No doubt Diana’s family is music oriented and raised singing in church. Garry Brown is her father, and Anna Boney Brown is her mother. Her aunts also have a passion for singing.

Dana posted the video on social media that showed her grandfather’s reaction to the audition on The Voice.

Her Journey On the Voice

Sana sang Freeway of Love during the blind auditions and got two chair turns from john Legend and Nick Joans. She selected Team Nick so that she had something to prove, as Nick said, as the only coach who had yet to

win. Moreover, she settled against Devan Blake Jones with Stuck With U. After that, she saw her during the knockouts where she took on Nutbush city limits against fellow competitor Keegan Ferrell. Dana sang Free

Your Mind in the live performance. in the week’s Top 9 show, she went with Bruno Mars did not earn enough votes to advance. She gave the final decision to get more impressions and caught up in the Rapture lost to Jordan Mathew Young of team blake.

Dana Monique is a proud Mother

She is a mother of two kids, a son and a daughter. Her son became famous as Salvatixn and dropped a few songs of his own. According to Dana, her son comes from an unexpected pregnancy. She is very thankful to have him in life.

she wished his son on his birthday by saying, “ to my firstborn, my one and only son, I have so much I want to say, but I know I would not get through it without crying my face off.” Furthermore, she said, “ you are the sweetest young man, focused, well-spoken and sure about the vision for your life; I can’t wait to see what happens in adult life.