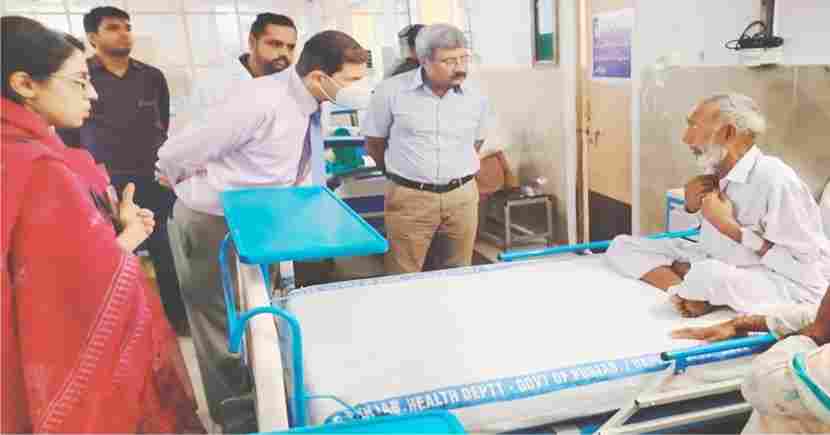 He visited the patients undergoing treatment at the hospital and inquired about the treatment facilities. DC Sahiwal checked the attendance of doctors and paramedical staff and also checked the stock of medicines.

CEO Health Dr. Mushtaq Ahmed Supra also accompanied him. During the visit, Deputy Commissioner Muhammad Khizar Afzal Chaudhry inspected the patients undergoing treatment in different wards of the hospital and got information about the medical facilities provided in the hospital.

He checked the records of medicines kept in the hospital store and also checked the attendance of doctors and paramedical staff.

Khizar Afzal Chaudhry directed the hospital management to further improve the service delivery and ensure free supply of medicines to the patients.

Deputy commissioner said that provision of best medical facilities was one of the priorities of the present government and the government was allocating huge amount of money for providing free medical treatment.

He also directed to further improve the cleanliness of the hospital. He directed that the generator should be kept functional during load shedding in the hospital so that the patients would not face any difficulty.

The Deputy Commissioner directed that livestock, police and rescue camps should be set up at the entrances of the market and the animals brought in the market should be checked.