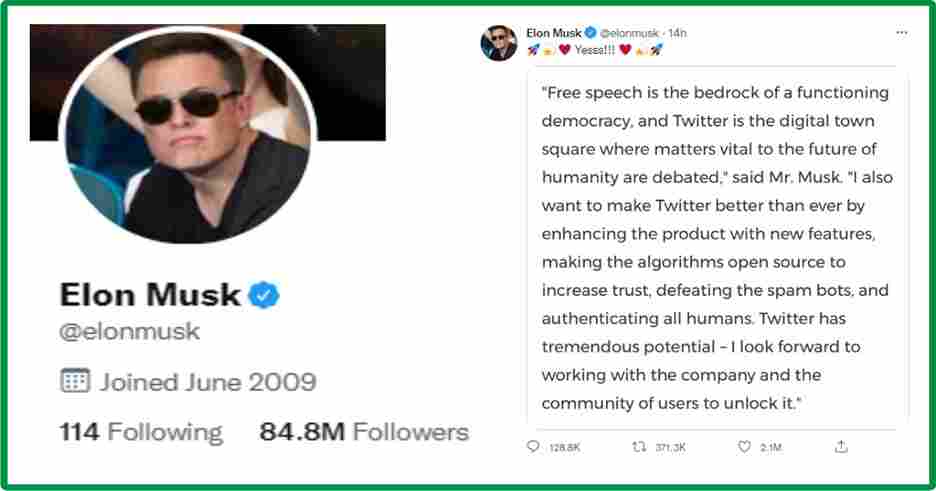 Owner of Tesla Motors and the world’s richest man Elon Musk has bought Twitter for $44 billion. He has released the first statement after buying Twitter.

According to the agreement, Elon Musk will pay $54.20 per share in cash to buy Twitter. Elon Musk has become the sole shareholder of Twitter since the deal. This is by far the largest bargain to be made by any private company in the world.

Free speech is the foundation of an active democracy. Twitter is a digital platform where important issues of the future are discussed. I want to make Twitter better by adding new features. We need to build open source algorithms to increase consumer confidence.

Discussions on the offer seemed uncertain until last week, but then over the weekend Elon Musk persuaded Twitter shareholders with the financial details of his offer.

After that, the agreement accelerated. Twitter later began negotiations with Elon Musk to sell the company for the proposed $54.20 per share, and the deal was finalized on Monday.