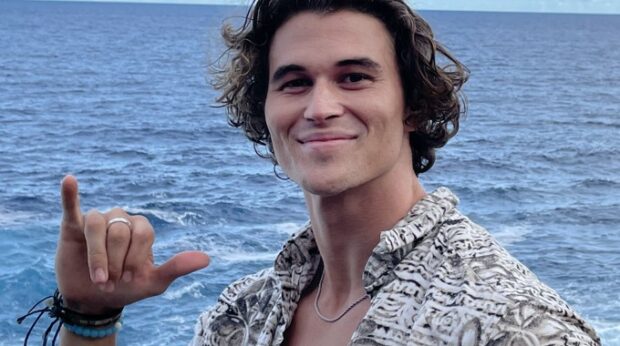 CBS has hinted that big brother 23 will premiere on 7th July 2021. The season also introduced a new guest Travis Long Among others. He is a young one and belongs to Austin, Texas. Currently, he lives in Honolulu, Hawaii. Travis describes himself as a curious, strong-willed, and rambunctious guy.

His favorite quote is, “so many brilliant things lay on the other side of discomfort.” Well, viewers will see this new face who said he intends to pull little pranks and swap the blame for other people to create chaos.

CBS released 16 new cast members for season 23 of Big brother. All these members will live together and compete for the grand prize.

Travis said his game plan is to form close one-on-one relationships with members and utilize his personality to connect with people. Moreover, he also said that he had been a big fan of this favorite house show.

His favorite contestants were Brett and Winston on Big brother season 20. Moreover, he also talked about his favorite moment when Brett lied about rockstar Flipping the vote in one last effort to stay in the show.

Travis is a tech sales consultant. We don’t know about his date of birth. However, he loves to play spearfishing, cinematography, cliff jumping, soccer, bouldering, skydiving, volleyball, and surfing.

He got a BBA degree from the University of Texas at Austin – Red McCombs School of Business. After that, he completed social entrepreneurship course at Universidad de Costa Rica.

After that, he started many businesses and was sued by massive titans of industry. Long worked as a VP of global sales at Docforce in 2021. Before that, Tom worked as an editor and writer at Austin Startups, marketing Co-ordinator at Peepteam, sales consultant at Job Site Check, and author at the Mysterious Pink Van.

Travis is earning massive money. He has a net worth of $150k, and big brother show adds a big chunk of value.

If we talk about his love life, he has been dating Katie Casey, who is an aspiring model and boat rower.
They were seen together in 2019 as he posted the picture on Instagram.

Travis’ girlfriend posted a picture of them on valentine’s day in 2019. However, after late 2019, they were not seen together, and they stopped posting a picture together. Therefore, it seems that Travis is single now.