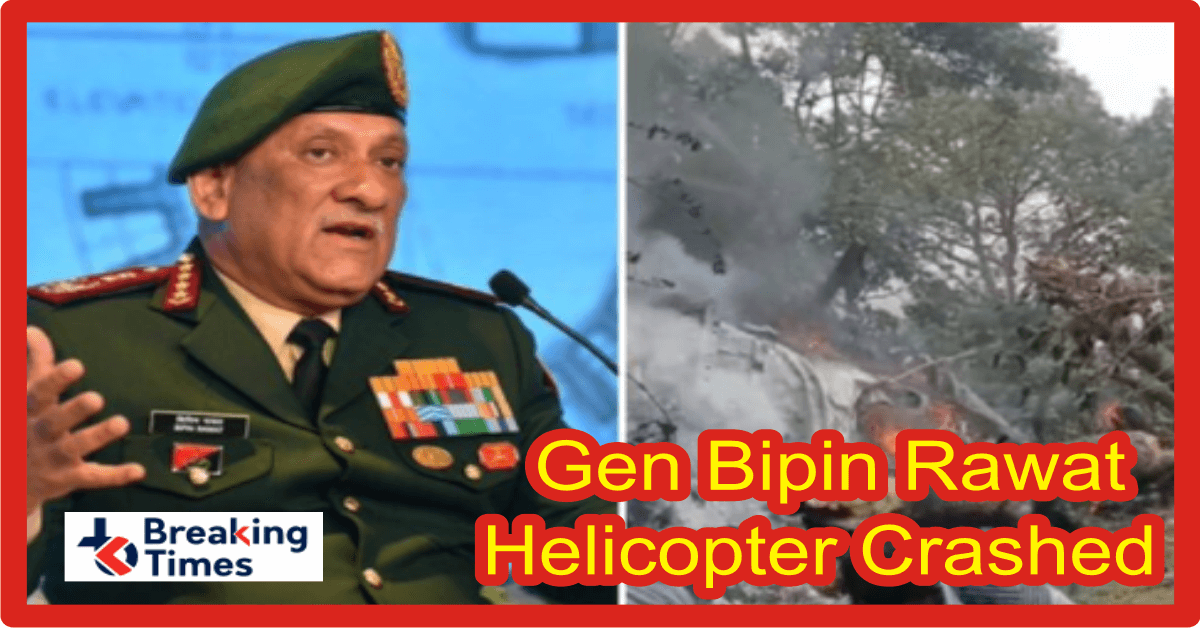 According to the latest news, an IAF military chopper way on his way near Konwar Area in the province Tamil Nadu. It was having Indian Chief of Defense Staff General Bipin Rawat and several other Defence officers and officials. The Indian Air Force has also ordered an inquiry to know the reason of the chopper crash.

India Today channel reports that the death toll in an Indian military helicopter crash has risen to 13. However, no official confirmation has been received. The Indian government has not yet released any details about General Bipin Rawat which is said to be the critical.

Five bodies have been exhumed from the wreckage of which two bodies have been shifted to the hospital. The three injured have been evacuated and are being transported to Wellington Cantonment Hospital in Nalgrais District, while the search for the rest continues.

Bipin Rawat was on his way to give a lecture at the medical college when his military helicopter crashed on the way. Indian Prime Minister Narendra Modi has sought details of the incident.

The Indian Air Force has confirmed that General Bipin Rawat was aboard the helicopter. He arrived in Silver from Delhi this morning. The helicopter crash happened shortly after taking off from Army Ibs Silver in Nalgrass. He was on his way from Silver to Wellington Defense Establishment.

It may be recalled that Indian Army Chief General Bipin Rawat retired on December 31, 2019 after completing his term. But the Modi government had appointed him as India’s first Chief of Defense Staff.