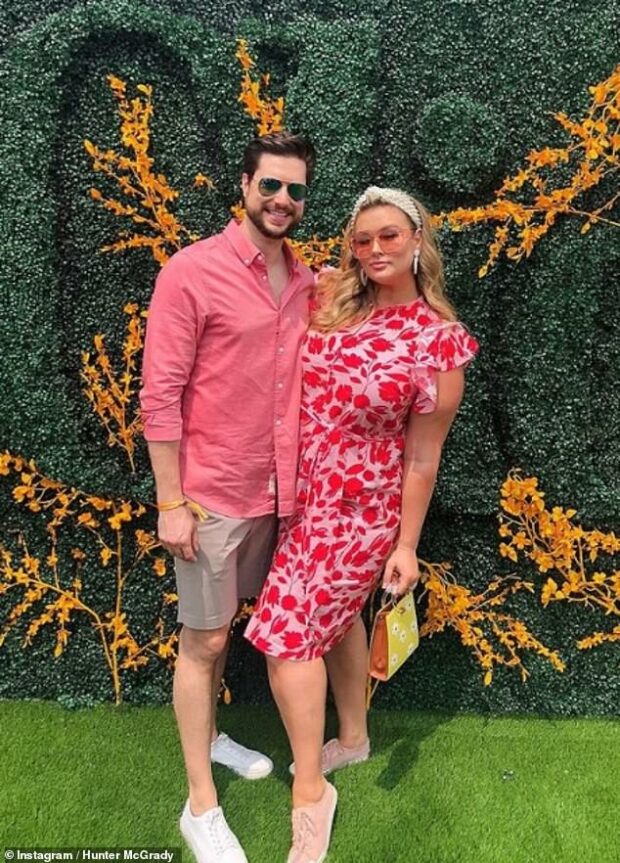 Brian keys is a popular model and husband of Hunter McGrady. They are expecting their first child. Let’s explore all the details of Hunter McGrady’s Husband, Brain Keys, and all other stuff regarding them.
Hunter said during an interview, “we are excited to welcome a little baby. In the end, you just feel like it’s a rainbow.”

Brain keys are quite a private person, and we don’t have much information regarding the date of birth and family. Brian went to Hussian college, studied Design and Illustration in 1995, and completed graduation in 1999.

Now, Brain is the vice president and creative director of Art at BGB Group in South orange, United States. Before that, he was a VP Associate Creative Director of Art for a year, from October 2017 to January 2019. Moreover, Brain contributed as an art director for many agencies. He joined Dorland Global in Greater Philadelphia. However, he left Dorland Global and went with KPR in August 2005.

Then he took the role of Sr Art Director in EURO RSCG in 2005. After a year, he worked for GSW globally as a group Art supervisor from 2007 to 2008. Also, he joined Harrison and started as a VP Associate Creative Director in December 2008. Hunter McGrady’s Husband spent the most time in Harrison and served for nine years.

Brain Keys followed Hunter McGrady on Snapchat in 2016 and attempted to take her on a date. At that time, he found out that she was visiting New York City.

Hunter said, “ I was in New York City for a few days, and he snapped me something funny and asked for drinks. I told Brain to add me on Facebook because let’s real and wanted to know what he looked like. He added me, and I thought he was so handsome.” After one year, he proposed to her on the Bow Bridge at Central Park in December 2017.

Well, they exchanged the knots in Moorpark, California, on 16th June 2019. Now the couple is so happy and ready to welcome the new edition of the family. This news was revealed on Instagram.