Her real name is Fiza Hussain, but her stage name is Hareem Shah. 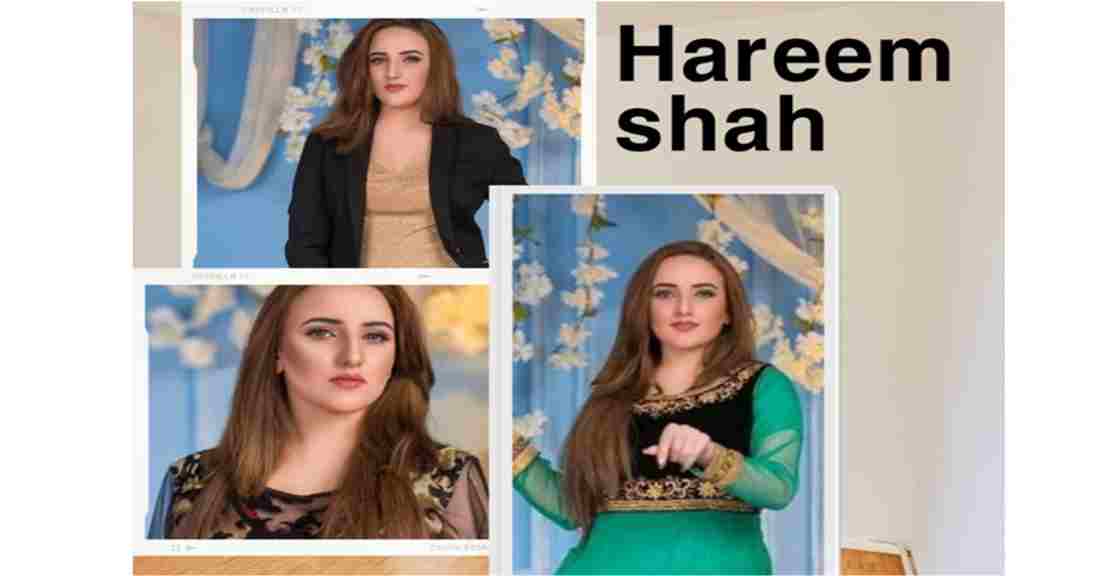 Hareem Shah is a Pakistani social influencer. Her controversial videos about ministries and foreign policy gained her national attention. A TikTok video taken inside the conference chamber of Pakistan’s Ministry of External Affairs catapulted her to fame.

Her real name is Fiza Hussain, but her stage name is Hareem Shah. She was born on December 28, 1991, in Peshawar, Khyber Pakhtunkhwa, Pakistan. Her father’s name was Syed Zafar Hussain Shah, and he worked as a security guard in the forest department, while her mother worked as a government elementary school teacher.

Hareem Shah has three brothers and four sisters. She earned her master’s degree from Peshawar University. She is also said to have completed her MPhil degree. She stands at 5 feet 3 inches tall and weighs 60 kg. Her hair is dark, and her eyes are brown. Bilal Shah is her husband’s name.

She began her career by posting entertaining videos on TikTok. Hareem was spotted sitting on Prime Minister Imran Khan’s seat. She was shooting a Tik Tok video at the moment. Many individuals believe she slapped the Pakistani government in the face for creating stimulating films for well-known government foundations.

She has 1.5 million Instagram followers and millions of likes on her videos. This places her among the most well-known Pakistani Tik Tok stars.

Hareem Shah is a strong supporter of Prime Minister Imran Khan on the political front. Her scathing controversies with eminent figures such as Fayyaz ul Hassan Chohan and Mubashir Lucman made her famous. Her obnoxious videos catapulted her into the spotlight.

She once uploaded footage and films from the administration of PM Secretariat PM Dr. Arsalan Khalid. However, it was not the Prime Minister’s Secretariat, but rather a ministry building. Individuals have attacked the fact that it is a high-security structure with restricted access, as well as the visit by Hareem Shah. Hareem stated that she had been invited and given permission to go.