Here is Everything About Dave Carraro, The Star of Wicked Tuna 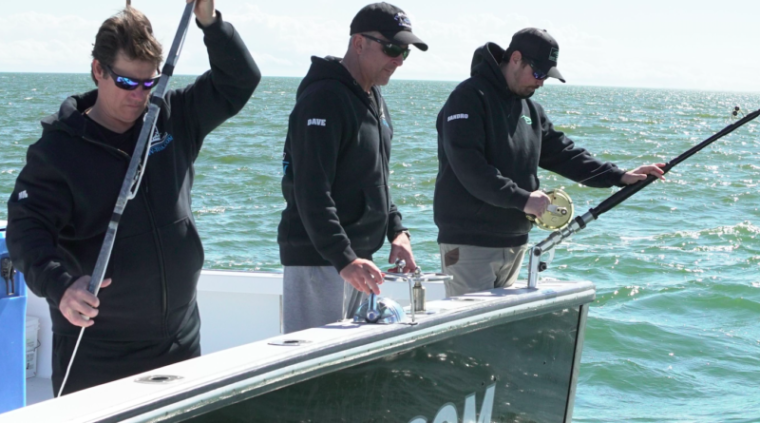 Dave Carraro is one of the longest-running cast members of the National Geographic channel named Wicked Tuna. That is an American reality tv show about commercial tuna fishermen of Gloucester, Massachusetts, in the North Atlantic Ocean.

The how was all about teams of fishermen and earning the most out of catching the fish. Dave was the top earner of the show on seasons two and nine and ranked number three in season10.

Who is Dave Carraro?

Dave’s birthplace is Tinton, New Jersey. He was raised near the waters and would often go fishing in the pons. At the age of seven, Dave was exploring the ocean shores with his father and caught his first BluefinTuna when he reached thirteen.

Dave went to Middletown North High School, and after completing graduation, he went to the Shields Aviation Academy to study a pilot course.

Carraro got the job on party boats and got himself a license for tuna fishing. He started a fishing business and sold fish in nearby restaurants. Dave earned enough and upgraded to a charter business. He used fishing boats to go out fishing for the Atlantic Bluefin Tuna. Before Wicked Tuna’s production, Dave joined the cast of the reality show.

Net Worth of Dave Carraro

According to sources, Dave Carraro’s net worth is around $500k. Dave Can Fly Jets. According to official sources, he is a captain at Jetblue Airways and has 30 years of flying experience; he has flown a variety of jets, such as corporate to commercial airlines.

Dave is in a relationship with a woman named Jess Boardway. They had been in a relationship for a long time as she shared photos with him in August 2016. The couple welcomed a new member in July 2020 and posted the picture with the caption, “Meet Calvin!”