Here is Everything About Maggie Carrie, Influencer apologies After Saying An Anti-Asian Slur in a Makeup Tutorial Video 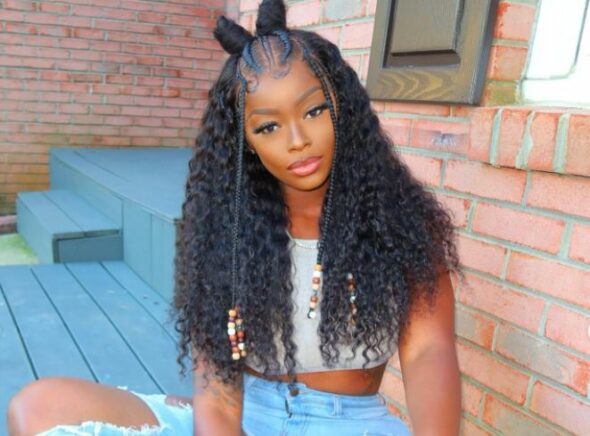 Juvia’s Place beauty brand received harsh criticism after releasing a cosmetics tutorial in which an influencer used an ant Asian slur. Maggie Carrie showed her makeup in the video, which was removed from the social media accounts. She applied eyeliner when she used the slur and also drew her wings.

Maggie Carrie is an online celebrity. Carrie was born on 22nd May 1990 in New York. Maggie looks after her older brother, who uses a wheelchair. The mother passed away when they were so tiny.

She got fame when she made an appearance on Love & Hip Hop: New York’s ninth season and MTV’s Wild ‘ N Out. She made news in 2016 after being shot in the left leg during a gunfight at a T.I concert.

She has more than 400 k followers and owns a hair business with the name “Hair Like Maggie.” Maggie sells human-haired wigs and lashes. Her business account has 39 k followers. Moreover, she is also featured by brands and receives money from collaborations.

The Backlash from The Video

Juvia posted an apology on the Instagram story of the makeup tutorial video. She wrote, “we understand a video posted on our page has a comment in it that is offensive.” Please know that we represent all races, cultures, and people; the video has been removed; we apologize, tribe.”

According to screenshots, Carrie also appeared to post an apology on her Instagram story and said, ‘ I sincerely apologize to anyone I may have to offend in any way.” Furthermore, she said, I know my fault! We learn new every day.”

Carrie, on the other hand, removed her original story and posted another apology while detailing the situation on her Facebook page. Which was later deleted as well.

On the other hand, the original Maggie Carrie story has been removed that was,” So I had a makeup gig

with @juviasplace. I was describing how I like my eyeliner. I like my eyeliner out, not up, and I used the word c***ky. Saying c***ky eyes is a racial slur, and I did not know that. They can shoot me being educated and honestly can say that I did not know after learning, so I apologize. I was trying to describe an attribute. Asians have beautiful eyes. Call me scum, racist and disrespectful because of an honest mistake.”