During the operation, the flakes of illegal housing societies were removed 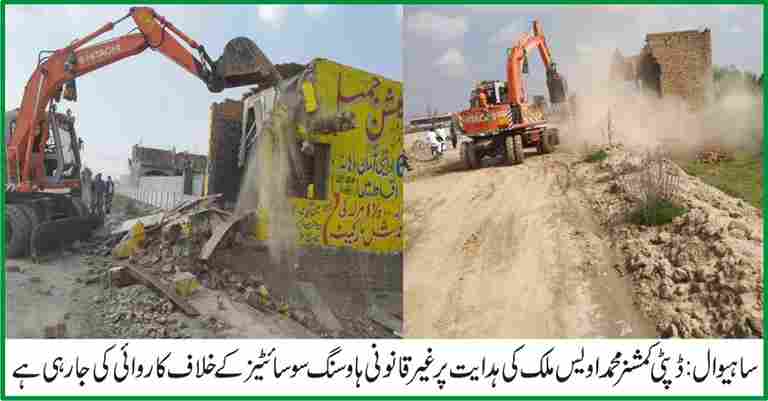 Later, while taking action against the encroachments, the Taste Inn Commercial Market Bypass 87/9L was sealed and the ongoing work there was also stopped immediately.