During Russia Ukraine conflict, this visit has become very important. 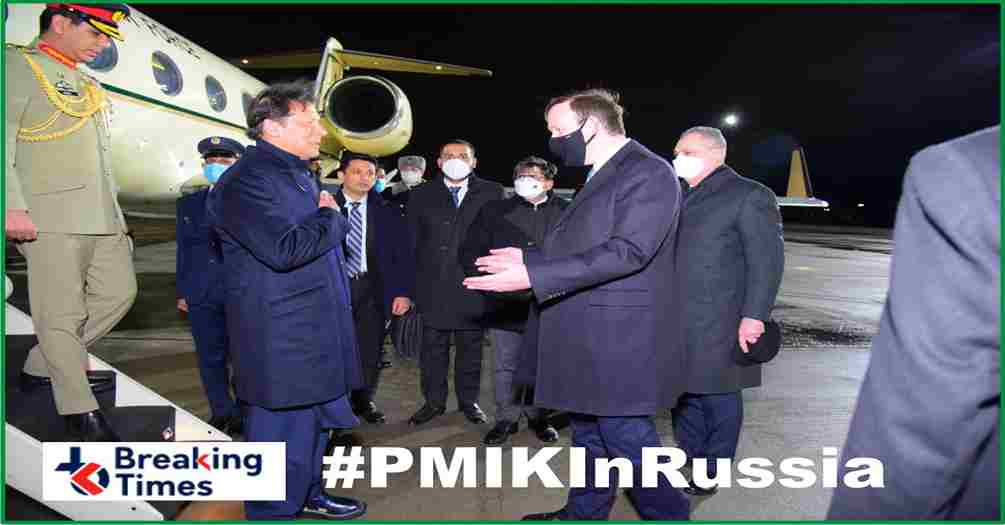 Moscow ( The Breaking Times – Arshad Farooq Butt ) Pakistan’s Prime Minister Imran Khan has arrived in the Russian capital Moscow on a two-day visit at the invitation of Russian President Putin.

The Russian Deputy Foreign Minister receives Prime Minister Imran Khan Upon his arrival in Moscow. PM Imran Khan is presented with a Guard of Honor.

According to the details, Imran Khan is paying a two-day official visit to Russia at the invitation of Russian President Putin. A high level delegation is accompanying Prime Minister Imran Khan on the occasion of his visit to Russia.

Russia-Pakistan relations, especially in the energy sector, will be discussed in the meeting with President Putin. Islamophobia and the situation in Afghanistan will also be taken up in the meeting.

During Russia Ukraine conflict, this visit has become very important. On the other hand, Pakistan’s political parties including PML-N and PPP are set to move no-confidence motion against Imran Khan.